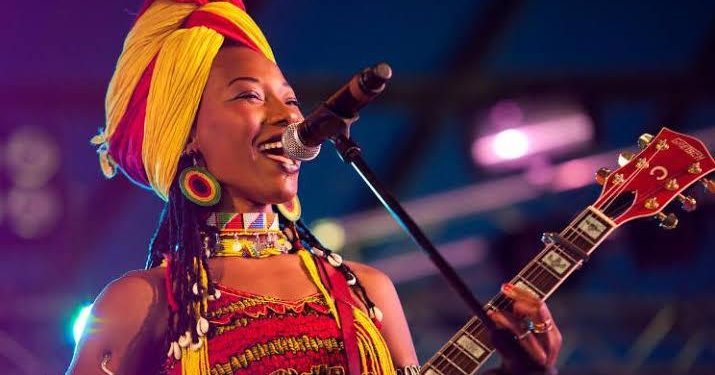 The Anambra State ministry of Culture, Entertainment and Tourism led by its Executive Officer, Comrade Don Onyenji has noted that henceforth any one or group who intends to organize any show must register with the ministry of Culture, Entertainment and Tourism to certify the authenticity of the show. This is in line with the Governor Chukwuma Soludo vision in turning Anambra State into a liveable mega city as well as entertainment hub which will further attract tourist into the state. Commissioner Onyenji stated this when the leadership of the Association of Music and film producers and Marketers of Nigeria (AMUFPMAN) Anambra Chapter paid him a courtesy visit in his office in Awka on Monday.

He described the Association of Music and Film Producers and Marketers of Nigeria (AMUFPMAN) as an important organization that can help boost entertainment and create job opportunities which will further reduce youth restiveness in Anambra State and Nigeria at large. The Commissioner urged them to use music and films to promote Igbo Cultural values and called for the regulation of the entertainment industry in the interest of the society. While informing them that the state government was working towards establishing a film village that will depict Igbo Culture, he called on investors to key in to assist in advancing the entertainment industry in the state.

He recognized the impact of piracy on the industry and called on the relevant agencies to rise to their responsibilities by bringing to book the pirates. In an address, the president of the Association of Music and film producers of Nigeria (AMUFPMAN) Anambra Chapter Evangelist Macson Nwasike congratulated Governor Chukwuma Soludo and his Deputy Doctor Onyekachukwu Ibezim on their successful assumption of office and commended them for appointing one of their own as commissioner for Culture, Entertainment and Tourism, Comrade Don Onyenji describing him as a multi talented fellow that will help reviving entertainment industry in the state.

He informed the Commissioner of their efforts in creating job opportunities for the unemployed in areas of acting, singing, dancing, and comedy. He appealed to the state government to support them by donating funds and establishing a film village to enhance their performances. He also called on the state government and federal government to help them protect their intellectual properties from pirates. The group also appealed to the state government to create a market in Awka for them where they would be marketing their products. Other executive members of the Association in a vote of thanks, Mr. Roy Ekwunife and Mr Eze Onwuji also commended Governor Soludo for appointment one of their colleagues into an exalted position and solicited for support to enable them produce more movies and generate revenue for themselves and state government.

2023: Vote a leader with character that can rescue Nigeria – NIM canvasses

2023: Vote a leader with character that can rescue Nigeria - NIM canvasses