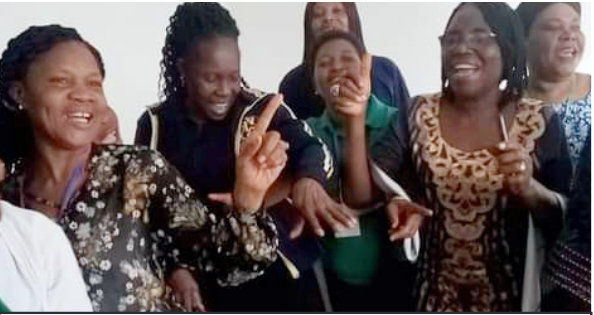 A female journalist with Abia State council of the Nigerian Union of Journalists (NUJ), Mrs Tina Ikwuegbu has emerged the zonal secretary of National Association of Women Journalists (NAWOJ), defeating her opponent by 46-45 votes (one vote) to emerge victorious.

She secured the victory on Sunday at Justice Idris Kutigi Conference Centre, Minna, Niger State in a keenly contested election. She is now the new secretary of NAWOJ zone (C)
The victory by Ikwuegbu threw the Abia State team at the Minna conference into spontaneous joy; with the members thanking God for the success granted their candidate.

But it was not all complete success for the Abia delegates as another of their candidate, Nma Onwuka Okereke who contested for the office of National Treasurer, lost the election to a candidate from Kwara State.

Speaking after her return from Minna on Monday, the victorious Tina Ikwuegbu dedicated her triumph to God and members of Abia NAWOJ.

She also thanked the NAWOJ members from the zone C and beyond for their support, promising to carry out her duties with the fear of God while accommodating the interest of all along, in line with the constitution of the association.