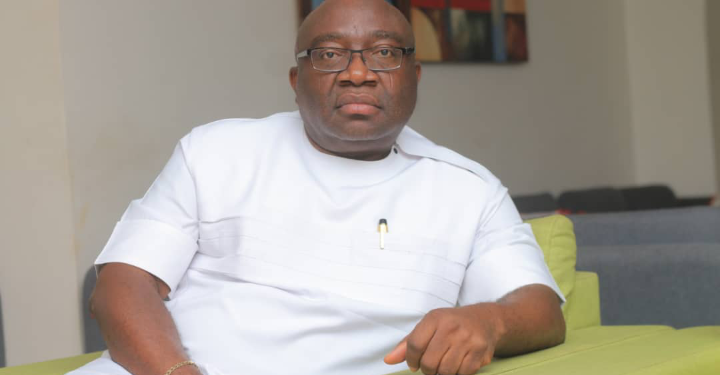 She said that ‘they had witnessed his intervention and help rendered to the women who were most affected during the lock down caused by covid-19 pandemic.’
She continued that the women had to bear the burden of both their children as well as their husbands, adding that the palliatives that were presented to the women by Prof. Greg Ibe saved their lives, marriages and prevented a whole lot of criminal activities that would have happened. She hinted that after considering all his life saving philanthropic actions coupled with his contribution to the general physical and human development of Abia State, they concluded that he deserved the highest award from the mothers.

The Chancellor of Gregory University Uturu, Prof Gregory Ibe, who was represented by the Chairman of Abia Crusaders Forum, Prince Emeka Okafor while thanking the women for the award said that, ‘their action will motivate him to do more like they have pointed out that he was in the United States of America when they had the lock down, but because of his concern for Abians, he approved the distribution of palliative not just to support the state government but he also gave directly to the people. He did all this to ensure that Abians do not suffer’

Prince Emeka also said that the chancellor was the first to provide palliatives during the lockdown. He continued that the chancellor is the highest employer of labour outside the state government. “The location of Gregory University in Amaokwe Uturu, has brought unprecedented development to the area and his 1000 bed capacity teaching hospital located at Ezinnachi has been described as phenomenon that will transform the health sector in the entire South East and South South”.

He also listed out other projects that Prof. Greg Ibe has built like a newly built and energized a 33/11 5mva electricity substation at Abia State University Uturu, solving the over 6 years power problem in Uturu. He also drilled a borehole and reticulated the water from 4 kilometers into the surrounding villages easing the perennial water problem of the area.