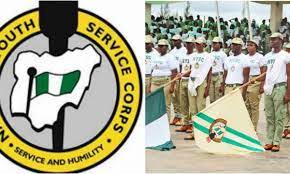 Four National Youth Service Corps members in Ebonyi under the 20/21 Batch B, Stream I programme will repeat their service year due to abscondment from duty.
The NYSC State Coordinator, Mrs. Mercy Bamai, made the disclosure at Nkaleke, headquarters of the Abakaliki Local Government Area of the state while addressing newsmen during the passing out ceremony of the corps.

She however expressed joy over the conduct of majority of the corps members and urged them to effectively utilize the skills acquired during the service year to make a great future for themselves.
“I thank God for the roles you played during the service year and truly deserve the NYSC certificate which you have worked for. “You came out from areas of your primary assignment successfully as there was no negative report against most of you which shows that you did well and made us proud.

The state coordinator charged the corps members to be disciplined as they exit the programme in order to achieve their desired goals in life.
“You should imbibe lifestyles which would encourage hardwork and resilience, to be good ambassadors of the NYSC who will promote the core values of the scheme.

Uzodimma challenges candidates of other political parties to national debate