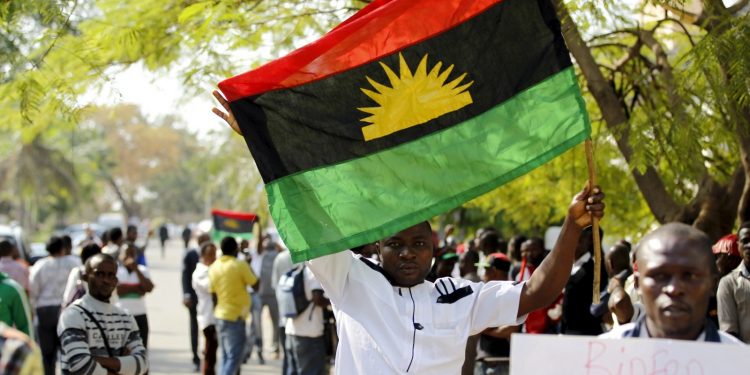 For over two weeks Nigeria has been on the boil with the numerous destructions witnessed all over the nation. It is clear unwanted elements infiltrated the protesters to perpetrate mayhem. It is quite disturbing that what looks like a unified agitation of Nigerian youths has been given ethnic colouration.

The news is rife that the massive destruction of business organizations in Lagos State was orchestrated and masterminded by Igbo people.

This is an unfortunate development and if not properly handled might snowball into more a disturbing outcome.

It must be observed that the EndSARS protest and the emerging crises that resulted from it was more pronounced in the South than in the North of the country leaving the impression that the issues contended by the youths has no impact in the north. Earlier it was reported that the northern governors and their youths were opposed to the EndSARS protest.

That leaves the mind guessing as to the depth of the issues that characterize the geo-political divides of the two regions.

It speaks volumes and seems to lend credence and justification to the endless agitation to split or restructure the country.

The South is populated by the two major ethnic group of Igbo and Yoruba and sprinkles of minority ethnic groups. They appear to be on the receiving end of marginalization and unequal distribution of wealth and resources of the country.

It is negative and antithetical to the perceived mutual struggle for any group within the larger group to accuse another of working at cross purposes.

An Igbo adage expresses an intention of mischief when two persons are jointly hunting an animal and one turns to tell the other that he is smelling like the animal that they are targeting. It smacks of distrust, mischief, lack of confidence and evil machination.

The statement making the rounds had since been denied by the President Ohanaeze Ndigbo, Chief Nnia Nwodo who has dismissed that charge arguing that Igbos have no hand in the Lagos destruction. We wish to state that the protest has no religious or ethnic origin.

There is only not a common enemy manifest in bad governance and gross marginalization. The two major ethnic groups should not allow any black leg to come in between them.

For sometime now what has united Nigerians to speak with one voice is nothing other than global competitions when they unite to chant support to our team as they show case their God given skills.

Today, the sorry situation the youths have found themselves seems to have propelled a strong sense of unity where they appear determined to raise their voice for once and fight their survival.

It can never be denied that all is well or that there is no justification for the agitation. However, we may not subscribe to the destruction of properties.

The situations lend itself to a complete review of the Nigerian project and evaluate how everything including our youths fit in. There is no gain repeating how the leadership of this country had at various times destroyed and squandered the numerous opportunities that should have repositioned Nigeria as a top notch country.

Those who rope the Igbo tribe in the destruction of the Yoruba economy hinge their claim on the statement credited to Nnamdi Kanu, the leader of the Indigenous People of Biafra who it was alleged got his boys to do the damage. This is not a well thought accusation given that the Igbo has so much unquantifiable stake in Lagos and if Lagos is burning Igbo interest will go with it much more than anyone can imagine.
What buries the accusation which must be dismissed with a wave of hand is who do the Igbos accuse of the destruction that occurred in the South East where lives and properties have been torched in all the five states in the South East.
It is unfortunate that the Igbo man has become the scapegoats in Nigeria. It is on record that the Igbo is the one who builds bridges across and uniting Nigeria through its presence and business activities wherever they find themselves.

It is not credible that they can destroy what they have sweated to build because they adopt everywhere as their home.

News Echo condemns all that may seek to import every negative ethnic colouration. We urge the governments to rise to the challenge and address the issues that led to this sorry pass. Government has not fared well in this matter.