Need for pedestrian bridges across major cities in South East 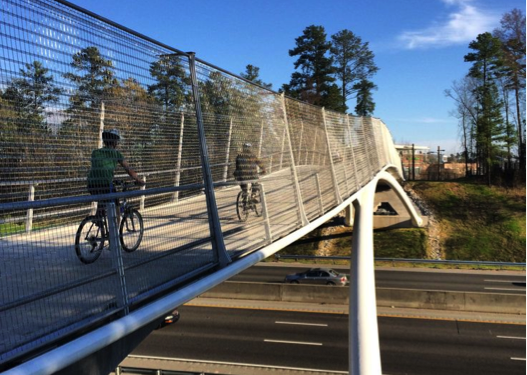 As the Imo State government, for instance embarks on her urban renewal work, there’s need to ensure that the citizens are protected against accident at the roundabouts and junctions.

These pedestrian bridges when strategically built at Warehouse Roundabout, IMSU junction, Emmanuel College Roundabout, Government college, Fire Service roundabout all in Imo state. Building some in Anambra like at Amawbia, Ekwulobia, and some other major places in Aba, like at Ariaria market, Agric Bus Stop in Enugu among other places where pedestrians find it difficult to sprint the roads. The need is further underscored by the fact especially that the control lights mounted by some of the state governments have no pedestrian signals.

A visit to some parts of Enugu, Anambra, Ebonyi States, one sees bridges used by the pedestrians, this has reduced the rate of road accident within the metropolis. News Echo observes that the control lights of the states mentioned above have pedestrian signals where those who are crossing by foot can do that without having to battle with some of the impatient motorists.

The zebra crossings are not enough because some of them have faded away. The other time, a vehicle hit a student of Government College, Owerri and the student died shortly after he was rushed to FMC. It was discovered that the child was the only son of the parents. This is because there is no pronounced and conspicuous notice of a pedestrian bridge or big warning signal that a school is situate there. Who knows how many of such deaths have been recorded across the South East where such pedestrian bridges are lacking.

The motorists, especially the impatient commercial drivers should also be mindful of some zebra crossings mounted by some state governments. Those are not for mere designs: they are there to slow one down and allow the pedestrians to cross because they are also entitled to the use of the roads so that subjecting them to rigorous process of crossing the road is not fundamental.

It is needless destroying the lives we seek to protect through our negligent actions. The state governments of the South East, especially Imo state should ensure proper citing of the pedestrian bridges in places where there is high traffic with location of schools, markets and public institutions.

We however wishes to advise that in doing that, there’s need to put into consideration the persons living with disabilities (PLWD). None of the road constructions bears in mind this important segment of the society. The pedestrian bridges when built should include ramp access for the physically challenged. It is the government that should begin this advocate and campaign for building of access ramps for the PLWDs.

The structures of government especially the roads are not taken into consideration, of concern are special citizens who are also contributing to the development of the society – the persons living with disabilities. The control lights are not sensitive to their plights; the roads are not made to give them access.
The building of pedestrian bridges can be used to correct some of these anomalies. There is no better time to fix these issues than now.