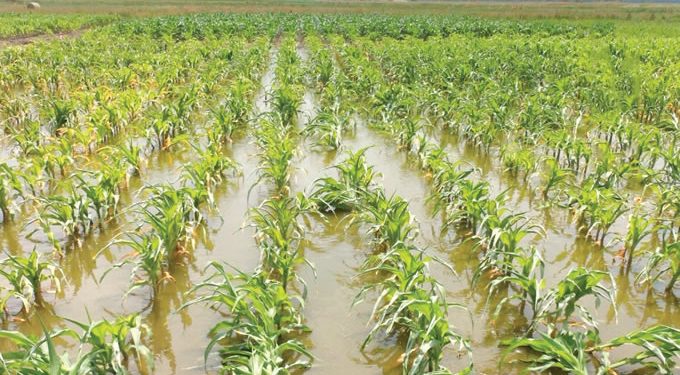 While Nigerians are struggling to contend with the devastating effects of ravaging floods that affected over 30 states of the federation, farmers have disagreed with the Minister of Agriculture and Rural Development, Dr. Mohammad Abubakar, over a comment that there won’t be food scarcity in 2023 in the country.

The minister had, last week Monday, dismissed concerns that Nigeria would experience food scarcity in the coming months.
He gave the assurance while responding to questions from lawmakers at the 2023 Budget defense session jointly organised by the Senate and the House of Representatives Committee on Agriculture.

Some of the lawmakers, in their separate submissions, had decried the effects of flooding in the country on farm products. They said projections had been made that Africa may experience food shortage given the stoppage of grain importations occasioned by the Russian-Ukrainian war.

However, responding to the issues raised by the lawmakers, Abubakar said: “The main concern about food scarcity in the coming months, we will not allow that to happen. I can guarantee you by the grace of God because we have measures in place.

“One of the measures is dry season farming, which we have in place. And for the money, we are working with the Ministry of Finance.
“We have gotten money from financing agencies, one of them is African Development Bank, and we will intensify dry season farming.”

In the aftermath of the floods, at least 603 people, according to official estimates, have died with 1.3 million persons displaced from their communities across Nigeria. Some of the states where deaths were recorded include Kogi, Kano, Anambra, Kebbi, Delta, Bayelsa, Kogi, Bauchi, Benue and Jigawa with about 31 states said to have experienced flooding in 2022.

The Minister of Humanitarian Affairs, Disaster Management and Social Development, Sadiya Umar Farouq, revealed that about 82,053 houses had been totally decimated; 2,504,095 million persons were affected, while 332, 327 hectares of land were completely damaged.

Other statistics indicated that the number of injuries is 2,407, while houses that were partially destroyed totals 121,318, and farmland partially decimated is 108,392.

However, faced with the impending consequences of the floods, Bahari had directed the Minister of Agriculture and the Central Bank of Nigeria, CBN, to ensure that Nigeria did not experience food shortages as a result of the devastating effects of the flood.

In view of this, the President inaugurated a Presidential Committee for the Development of a Comprehensive Plan of Action for the Prevention of Flood Disasters in Nigeria. The Committee is expected to present its report within 90 days to Mr. President.

While inaugurating the Committee on behalf of the President, the Minister of Water Resources, Suleiman Adamu, who doubles as Chairman of the Committee, said: “It is no longer news that the recent 2022 floods in the country have thrown several communities into hardship, submerged homes in over 34 states, and destroyed properties estimated at billions of Naira.

The Term of Reference, ToR, includes: Assessing and reviewing existing plans and policies on the management of flood disasters in Nigeria; Identifying and working with critical Stakeholders in flood disaster management; Identifying and visiting selected strategic flood-affected and prone areas; Carrying out technical evaluation of information obtained from the assessment; Liaise and work with international organisations with expertise in flood management, where necessary; and Develop a comprehensive action plan for preventing Flood Disasters in Nigeria.

According to Adamu, the presidential directive will be carried out under a two-tier institutional arrangement: Steering Committee and a Technical Working Group. The steering committee is being coordinated by the Minister of Water Resources, while the Technical Working Group is coordinated by the Director General, National Water Resource Institute, Prof Emmanuel Adanu.

We therefore urge the Federal Government to take the planned remedial strategies very seriously and as such face the daunting challenges headlong in order to defeat the looming food shortage.

Various Agricultural and Farmers Association, Agricultural Bank and other commercial banks should as well support the government efforts to avert the impending food scarcity.

Other levels of government such as the Local Government Councils and the State governments should as well, assist in overcoming the challenging development.