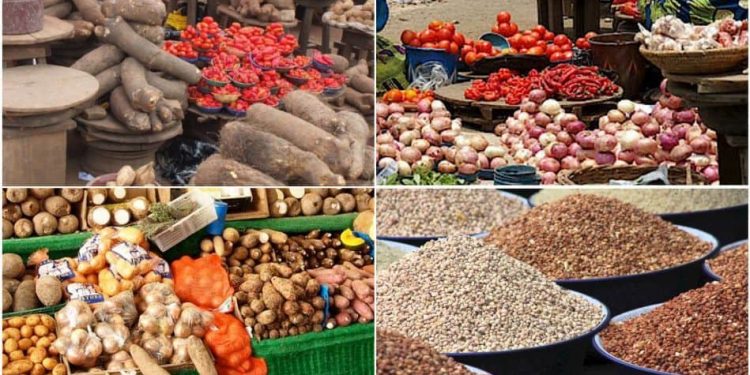 Food is one of the basic needs of man. Others are clothing and shelter. Food is needed to sustain life. Food provides nutritional values as well as medicinal properties. When consumed in the right proportion and mix, it helps to boost the immune system.

Nature has endowed us with different varieties of food which abound in different areas of parts of the country. Interestingly, some of the foods like those in fruit category grow themselves seasonally without the challenge of replanting each year.

During the pre-war era when Nigeria was reckoned as the major exporter of many cash crops, Eastern region, as the South East was then called, contributed significantly its quota in the revenue earned by the nation.

Precisely, its export of palm produce as well as other food crops grown in the region made it stands out. It is stated that the South East of Nigeria was then rated as one of the fastest growing economies of the world.

While there are still immense opportunities in growing palms, things have since then fallen apart and the centre can no longer hold. The Igbo have special traits they are known for as enterprising people. They are very hard working, focused people who survive under the most severe conditions.

Their success stories in many endeavors ranging from business, academics etc, are unrivaled.
They are widely traveled people who are known to develop other areas they find themselves in.

With all the good things said about them what cannot really be associated with them in truth is their exploits in agriculture in spite of the great potentials to and the favorable climatic conditions. It is difficult to actually place a finger on why the Igbo are yet to hit a gold mine in agriculture.

While we can bandy names that are accomplished in various areas in academics, judiciary, business, engineering, politics, the ethnic group is yet to give Nigeria a farmer.

The question remains why the situation has persisted even where we have a knack for identifying opportunities. Rather than grow our own foods we appear comfortable importing from other lands.

This has implications for health, costs and convenience as well as employment lost opportunities in not growing our foods. Segmenting the states in the South East will reveal that each has potentials that if it focuses on will improve its food supply.

Presently, the states rely on the northern region for its food supplies. The implication is that its survival as a group rests squarely on others and this is dangerous.

Experience so far has shown that when the north coughs the south east catches cold especially in food consumption. Each time there is violence in the north, flooding or other environmental hazards as well as natural occurrences like the Covid-19 and the EndSARS protests food supplies to the area is cut off leading to very high costs.

This is the situation as at present where there are so much cries over the costs of such items as tomatoes, onions, etc. These are items that can comfortably be grown here but which have been ignored to the detriment of the people.

It is hard to understand why a people that cannot feed itself could be clamouring for an independent nation as the region is known to root for Biafra. It is also a sad commentary that Nigeria as large and populous as it is, is suffering from severe food insecurity.

The federal government’s effort at growing food and other agricultural projects appear not reciprocated by the residents in the South East.

This could be glimpsed from their poor responses as evidenced by statistics in taking advantage of the various government agricultural programmes. There appears an unwritten rule that people in this region should not express interest in some of these schemes which the northerners have remained the major beneficiary.

In the light of the foregoing, there is need for reorientation and change of heart from the people. In Ebonyi state, the state government has done so well to improve the production of rice which it has the advantage of growing. It can do better by harnessing all the available potential. The agro zone of Ngor Okpala and Ohaji Egbema which is the food basket of Imo, which remains unutilized, could be put into effective use.
Anambra State also has potentials in growing rice and yams. So, also Enugu and Abia. Palm produce is common to all the states in the region yet it suffers from high cost of palm oil.

News Echo wishes to express its concern over the high cost of foods stuff especially those that can comfortably be grown within the region. The South East boasts of very hard working youths who can hold their ground any day. The challenge we identify is the inability of the government to redirect attention to these areas in order to capture their interests.

We call on the governors of these states to have a rethink and go back to the agriculture which has been the mainstay of our economy. Realizing the importance of food, they cannot shirk this responsibility, not at this time.

OCDA is no longer market for thugs – Ikpamezie

OCDA is no longer market for thugs - Ikpamezie