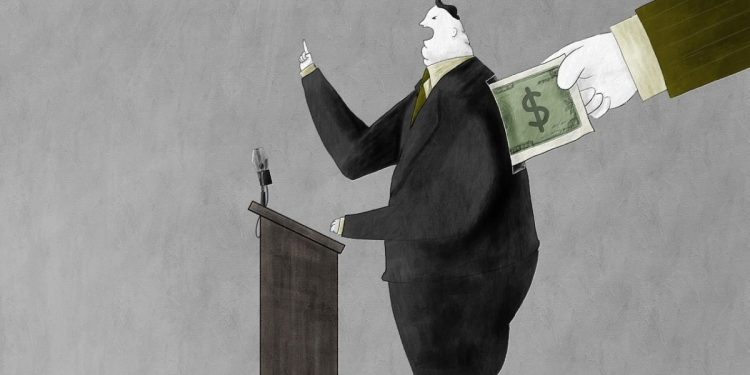 0
SHARES
59
VIEWS
Share on FacebookShare on TwitterShare on Linkedin

The Nigerian society stands very odd in so many variables relatively speaking. It has long been identified that one of the major challenges confronting our country is the issue of bad leadership. While leadership in other countries are fixing their issues and bringing succor to them, ours remain in the business of multiplying our woes.

It is sad to comment that since Nigeria secured her independence it has grappled from one leadership issue to another. Rather than move forward the situation has continued to degenerate from bad to worse. It is a thing of great worry that each succeeding administration has never fared better than the one it succeeded.

News Echo wishes to observe that there is this unwritten rule of class protection among our leaders. This could be easily glimpsed from the manner corruption festers in the nation because no strong corrective action is witnessed when one administration takes over from the other.
When there is change a of guard the society is inundated with tales of bad governance against the out gone government. Those who managed the affairs will be blackmailed but many are still seen walking free after destroying the society.

As fraud issues are thrown up, so do the governments establish probe panels to pick out culprits for penance to act as a deterrent to others. But the experience is that the reports of some of the probes are never allowed to see the light of day. Where mention is even made of it no punitive action ever occurs and the files are allowed to gather dust in a particular corner of the office.

News Echo regrets that majority of the crimes committed by a previous government is continued even at a wider scale in the succeeding government. It is very clear that majority of the culprits who make up high profile politicians are shielded by their colleagues who also go ahead to commit even more serious issues.
Today, Nigerians are still waiting to know the conclusion of the celebrated Halliburton scandal in which the foreign co-conspirators have been jailed after they were found guilty whereas their Nigerian counterparts are still shielded as sacred cows. Nigerians are still waiting to get the outcome of the Otedola –Farouk Lawan bribery scandal of N600m.

Nigerians that obtained foreign exchange to import oil under the Goodluck Jonathan administration but failed to do so were identified but not punished till this date. Recently, there broke out another incident of mind blowing frauds in the Niger Delta Development Commission (NDDC) involving top brass of the government. We are still waiting.

We wish to lament that the inability of the government to bring this high profile politicians to book is the reason grafts festers in the country. We call on the government to exhume all previous probe issues and implement the recommendations.