CBN and Zamfara gold: another justification for restructuring 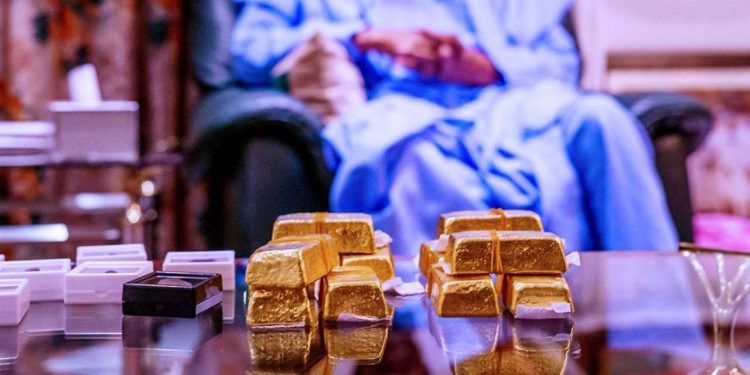 The losses arising from the mayhem that attended the destruction running across the states culminated into billions of naira without exaggeration. What is the not quantifiable are the human lives that went with the incidents.

Reflecting on the incidents brings pain to the hearts and leaves the mind guessing over the sincerity of our leaders in their respective promises to deliver the expectations of the people. Painful is the fact that the issues that precipitated the crises were clearly avoidable if the leaders had respected and acted sincerely according to their oaths of offices or the constitution. Sadly, our country is one where rules are observed in breach.

The issues of bad governance as expressed in injustice, discrimination, ethnic sentiments, mediocrity, robbing Peter to pay Paul, dominance of one group against the others etc have continued to fuel the agitation for separatist states and restructuring. While the authorities have continued to shun the call for restructuring and separation, shockingly they have continued to take actions that justify the need for the different ethnic groups to part ways.

Nigeria is a country blessed with abundance of natural resources especially mineral resources. There is virtually no part of this country that is not uniquely blessed with one mineral deposit or another. So far the country has focused on the liquid gold to the exclusion of the others. It is heart-warming that the country appears to be refocusing in tapping these mineral deposits. A good example is the Zamfara gold being mined by the Zamfara state government.

It is unfortunate to remark that the Zamfara gold mining is now mired in some kind of controversy arising from the alleged policy somersault credited to the federal government. This is quite disturbing given that the mining of oil in the Niger Delta area is also characterized by issues leading to restiveness within the zone. The issues of soil degradation occasioned by oil leakages are familiar and regular discourses.

The issue which is challenged by the 6 South South governors which held a meeting over the matter yesterday in Port Harcourt seeks explanation on the decision of the Federal Government to allow Zamfara state to mine and take control of the gold resources in the state and deny oil producing states the same privilege.

It must be restated that the authority or ownership of solid minerals is documented in the exclusive list of our statute book. While solid minerals legally belong to the Federal Government, the land belongs to the local communities under the Land Use Act 1978. Local communities that engage in mining activities are technically engaging in illegal activities. Under our laws, the land is theirs but the gold is not.

But the Federal Government cannot access the gold without negotiating with the communities who are the owners of the land.

Many Nigerians have expressed the difficulty in understanding the federal government tacit approval which allows the Zamfara state government full control of the gold mined in its state which it sells to the Central Bank of Nigeria. At the same time the Niger Delta states are not allowed to control theirs.

It is on record that the region has been in the forefront in the struggle control over resource control in the nation. We have not forgotten the era when the former governor of Bayelsa State, Dieprege Alamieyeseigha led in the campaign which got him nicknamed. Except if there are reasons yet to be explained, the governments action to say the least is discriminatory and provides a good recipe for further agitations in the country.

Reacting on the development which he said is capable of truncating the fragile peace that exists in the country; the governor of Delta State Dr. Ifeanyi Okowa had this to say.

“There are Acts of the National Assembly that dealt specifically and unequivocally with oil production and solid minerals. We cannot apply laws in such a manner that it becomes discriminatory because you cannot mine solid minerals somewhere in Zamfara and not allow Niger Delta to manage their oil.”

News Echo wishes to highlight an obvious contradiction in the federal government policy. While the federal authority is shutting down all agitations for restructuring which seeks to give control of resources to the respective states while paying tax to the federal government, it is at the same time promoting what it stands against.

Before the issues snowballs into something it cannot handle we advise that the government should give heed to the extant laws operational while it treats states fairly and equitably in its decisions. This is the only panacea that can guarantee peace and reduce violent agitations. Clearly, the hands of inequity sticks out everywhere like a sore thumb.