Don’t compare your marriage with others, every home is unique –Lady Ann Dozie 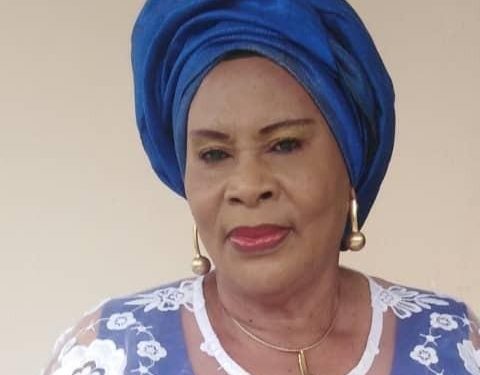 0
SHARES
87
VIEWS
Share on FacebookShare on TwitterShare on Linkedin

Mrs. Ann Dozie hails from Azaraegbelu Emekuku and married to the family of Chukwu Dozie from Egbu in Owerri North Local Government Area of Imo State. She has been commissioner for women affairs in Imo State.

She attended Emekuku Girls Secondary School and attended teachers training College at Ihie and was trained in general Nursing at our Lady of Grace General hospital in Ihiala. She worked at Holy Rosary hospital, Emekuku. She also taught in school of Nursing Ihiala and also worked in various wards and departments.
Lady Ann in her quest to lend her voice in governance left nursing as a senior staff and joined politics in 2006.

Her journey into politics began as she supported a governorship candidate in 2007 as a woman mobilizer. She equally supported Senator Rochas o
Okorocha as a governorship candidate in APGA and the election was won. She was appointed by Okorocha as the Commissioner of Women Affairs and Social Development where she became the first person to be made a commissioner in her community, Egbu.

She also held the position as a Board of Trustee member in APGA for her doggedness. Lady Dozie contested for the House of Assembly election in 2015 having given a wider margin against her follow contestants but could not win the election. This did not deter her as she kept on moving through the ladder of politics. This spurred her into contesting election as a Deputy Governorship candidate of Accord Party with the Former governor of Imo State, Chief Ikedi Ohakim in 2019 though they could not win the election.

Lady Ann as she is fondly called is a very intelligent woman, full of strength and has great interest in being in governance and adding her wealth of experience in any area she is called to serve.

She is the Chairman Prince Alex Mbata Humanitarian Foundation and the current Special Adviser on Nursing, Midwifery and Adoption Matters. She is one of the commissioners nominated by governor of Imo State, Sen. Hope Uzodimma. They have been screened and awaiting portfolio and ministry assignment.

In her words on the secret behind her success she said, ‘’whatever that has happened in my life is the handiwork of God. He gives me strength. I believe so much in the will of God not minding my shortcomings. My mother played a huge role in my upbringing. She told me that the way to succeed in life is to keep your hands clean, abstain from evil and never see evil as good no matter what happens.

I am a straight-forward person, I don’t compromise my standard. I relate with people no matter your level’’. She said.

She said she does not discriminate but believes in lending a helping hand to those in need as everyone will give account of his stewardship to God.

Speaking on her exploits in politics, she adviced women to participate actively in politics and lend their voice in decision making. She noted that politics is for woman against the notion that women should not participate in politics because they say it is a dirty game as no responsible woman should be in politics.

“If any woman thinks she will start messing herself up in politics, that is her problem. When you know your right, men will respect you. Men are good people, I prefer working with men because when they see that you are firm, they will respect you if you don’t mess around.

“A lot of women enter politics without knowing why they are there, You need to defend your people, participate in decision making, tell them when they are not getting it right. No woman should fight men, but make your point and don’t sit at the corridor waiting for peanuts to be giving to you: get involved in the scheme of things’’. ‘’Politics is for women, you need to make inputs: women should speak up’’.

She said that so many women have made marks in politics by holding various positions as Commissioners, Deputy Governors, Senators, House of Reps member, Minister among others.

‘’God created Adam, he made women a helpmeet. There should be mutual respect, a woman should respect the man, I don’t believe in fighting. Dialogue is the key; you should not fight for what you can’t handle. Its not true that men don’t allow women to be in leadership position, the way you make your bed, that is the way you will lie on it’’.

Go out and talk like a sensible women, don’t talk because you want to talk, positions will be given to you if you are tested and trusted’’.

On the rate of divorce and domestic violence, she disclosed that women should be submissive and never do anything that will affect the ego of the man. She warned women not to rub shoulders with their husbands even as a bread winner or a career woman.

She also said that there should be mutual love and respect between couples.’ ‘’If you have money, take care of your wife Very well, this is my 40yrs in marriage, there is nothing as good as a happy home, no marriage is the same, when you want to buy gold and your husband can’t afford it, you lie low because no marriage is the same, don’t compare your marriage with others. If you want your marriage to work, it will work. So many women force their husbands to look outside, women are derailing and pursuing shadows, it should not be so.

Speaking on motherly and parental role, she advised mothers to take care of their girl child and make them responsible. She said, “you need to teach your girls to be responsible, so many women push their girls into prostitution by comparing them to others, invariably asking them to go and prostitute, you don’t train people with so much money.

See lots of people living a big life though not working, if you bring up your child well, she will remember what you taught her. She said her challenge is fellow human beings not doing things the right way it should be done. People tend to make it in life without undergoing the process. She frowned at people not engaging in legitimate way of making money.

She urged people to always stand for the truth without minding whose ox is gored. She stated that she has zero tolerance for injustice and can fight and defend others. “When an argument comes up, they will call me, I don’t know how to pet words, I can be the only one standing but I don’t bother so far as am right, I pursue it to the end’’.

She maintained that she does not give room for cliques as she said it brings down the society and makes people choose the wrong person for leadership position.

I align myself with what is right, even if I don’t win the case but I will make my point. In politics, I don’t hold any enemies but I ensure I do the right thing.