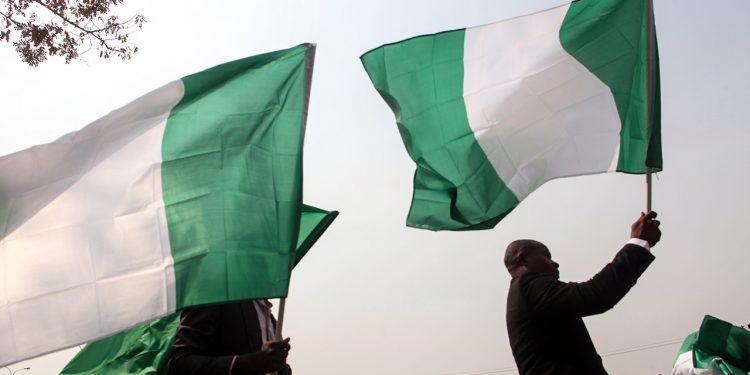 Democracy is a system of government by the whole population or all the eligible members of a state, typically through elected representatives. Simply put; it is government of the people, by the people and for the people. It would suffice to say that it hasn’t been the case in Nigeria since Olusegun Obasanjo became the first democratically elected civilian president in 1999 after Shehu Shagari 20 years prior in 1979.

Nigeria has been riddled with corruption, voter manipulation and electoral disorientations dating back to the first military coup in 1966 by General Aguiyi-Ironsi who took advantage of an initial failed coup by a group of army officers led by Major Chukwuma Nzeogwu which the nation has yet to recover from.

With the 2023 general elections fast approaching and campaigns ringing in the ears of its citizens, Nigerians should wake up and realize the mischievous and obvious bogus lies by said politicians who have since abandoned democracy for kleptocracy.

During electoral campaigns, politicians promise heaven and earth to win over the votes of the masses that troop en mass to support their choice candidates. These promises are nothing but basic amenities like good motorable roads, clean pipe-borne water, reformed education, quality healthcare, employment for youths and so on; these should be made readily available by any seating government as instituted in chapter two of the Nigerian Constitution.

More often than not, 80% of the political office seekers wheel off from these promises and sought to enrich their pockets while others are applauded for executing their constitutional obligations which in some cases is an election tactic for another four-year stay in office. Needless to say that Nigerians have fallen so behind that we are easily deceived and gullible to the lies the politicians keep recycling. We need to take a stand, vote for the right people without fear or favor.

Growing up, we were told by teachers from primary school: You are the leaders of tomorrow. Over 20 years into the 21st century and we are still being told same lies. The current president of Nigeria, Muhammadu Buhari who is the 7th and 15th president of the nation first as military head of state from 1983-1985 and in 2015 till date, is 79 years old currently in the U.K for ‘medical checkup’ which he undergoes on a regular basis leaving his vice, Prof Yemi Osinbajo, at the helm of affairs mostly when the nation is rocked with crisis.

Before him was Goodluck Ebele Jonathan who holds the record for the youngest democratically elected at 53 years (which rules him out as a youth). Jonathan became president after the demise of Umar Musa Yar’adua in 2010 and took part in the elections of 2011 where he emerged victorious but was usurped by Muhammadu Buhari in 2015. Yar’adua was elected in 2007 before his death in 2010.

Olusegun Obasanjo won the 1999 general elections at the age of 62. During the 2003 elections, current president Muhammadu Buhari contested and lost to Obasanjo who came back for a second term in office. Albeit, there have been bills in the National Assembly for the inclusion of youths to run for political offices which came to light in last general elections of 2019 where the likes of Omoyole Sowore (a human rights activist and pro democracy campaigner) aged 47years, Kingsley Moghalu (a former deputy governor of the central bank of Nigeria) aged 53 years, Fela Durotoye (a business consultant and leadership expert) at 45 years all declared interests for the presidential seat.

On Thursday 24 January 2019, Fela Durotoye took to his Twitter handle commending Oby Ezekwesili for leading the frontier of building a formidable coalition and presenting a Consensus Candidate for the 2019 Presidential elections.

He further expressed his willingness to support the candidacy of a Consensus candidate chosen from among the frontline alternative candidates, which include Fela Durotoye, Omoyele Sowore & Kingsley Moghalu through a transparent electoral process if he did not emerge as the Consensus candidate in the forthcoming election. Prior to this consensus was a Coalition between the Young progressive party and the Alliance for New Nigeria which was to be known as “The Force”.

In 2019, a former vice president under Olusegun Obasanjo, Atiku Abubakar with Peter Obi (a former governor of Anambra State) as his running mate lost the presidential election to incumbent President Muhammadu Buhari by over 3 million votes.

They appealed at the Supreme Court and described the election as the “worst in Nigeria’s democratic history.” Thinking it would be the last we see of him in Nigerian elections till he declared for office again for the 2023 presidential elections under the umbrella of Peoples’ Democratic Party.

Recently, former governor of Lagos State, Bola Tinubu after much speculation from different quarters also declared for the office of the president while also stating “I have informed the President of my ambition but I have not informed Nigerians yet, I am still consulting. And I have no problem consulting. And I’ve not set a parameter of limitation to the extent of how many people I will consult.

“You will soon hear. All you want to hear is the categorical declaration. You’ve gotten that truth from me that I have informed Mr President of my ambition, and you don’t expect more answers than that,” he said. Speaking further; “I’m out to become President of Nigeria. No intimidation, no blackmail can stop me.

I have read about a Greek Philosopher that if you want to fight a pig, you must be ready to be smeared and I’m ready to be dirty…”
Needless to say he’s very much assured of succeeding Muhammadu Buhari after the upcoming elections in February 2023 as announced by the Independent National Electoral Commission (INEC) not too long ago from his level of confidence.

Tinubu is renowned for his bullish politicking and has been the national leader of the All Progressives Congress (APC) since its inception in 2013 despite the current president being a member of the party as well. In a recent presidential consultation with traditional rulers in Akure, Ondo State while lamenting that Nigeria was yet to attain her greatness, Tinubu stated that he will not only ensure massive job opportunities for Nigerian youth, but also establishment of industries across the country.

He said, “When I rule for eight years, I will hand over to the smartest and someone with most followers will take over from me after I finish my tenure.

“It is a pity that ordinary brake pad Nigeria cannot produce. I will turn Nigeria around for good.”
Not yet sure of his intentions if he eventually gets into Aso Rock as opposed to what has being the order of the day not just at the presidential level but also governors, Houses of Assembly and the rest.

It is only in Nigeria a former governor serves as a senator or minister with the likes of Chris Ngige who is the current Minister of Labour also a former senator and governor of Anambra State, Aminu Tambuwal a former speaker of the House of Representatives, former presidential aspirant and incumbent governor of Sokoto State, Babatunde Fashola a former governor of Lagos State now the Minister of Works and Housing, Rotimi Amaechi, former governor of Rivers State and serving Minister of Transport all to mention but a few of those whom power of office has been circulating across for years in Nigerian politics serving as a major hindrance to any form of young aspiration from the youth of the country.

In recent times, countries of the world have elected young presidents and leaders into office and have had sustainable economies to show for it. Barrack Obama became the first black president of the United States at 47 years, Emmanuel Macron of France still seating is 45 years old, Vanessa D’Ambrosio of San Marino (34 years), Leo Varadkar of Ireland (43 years), Carlos Alvarado of Costa Rica (42 years) these and many more. Emma Theofelus, 23, was appointed Namibia’s information, communication and technology deputy minister a week after coronavirus hit Namibian shores.

“I have literally been learning on the job so far,” she says. 30 year old Bogolo Joy Kenewendo, appointed the Investment, Trade and Industry Minister became Botswana’s youngest ever minister, two years after she was appointed by the former president Ian Khama as a member of parliament.

Able, qualified and willing Nigerian youths should be given a chance to run for various offices in the upcoming elections without being bullied or priced out of the race and the masses should not be cajoled into selling their votes to the highest bidder instead we should search our conscience in choosing the right candidate and representatives at various levels in the 2023 elections.

IWD: Aspire to be on top, Bishop Ezeugo tells women

IWD: Aspire to be on top, Bishop Ezeugo tells women

Mosquito Bites and Maleria: Need to realign efforts to eradicate the high malaria mortality in Africa

Precisely what are the Features of your Info Control Treatment?