Echos of Culture: The Declining Culture of Polygamy 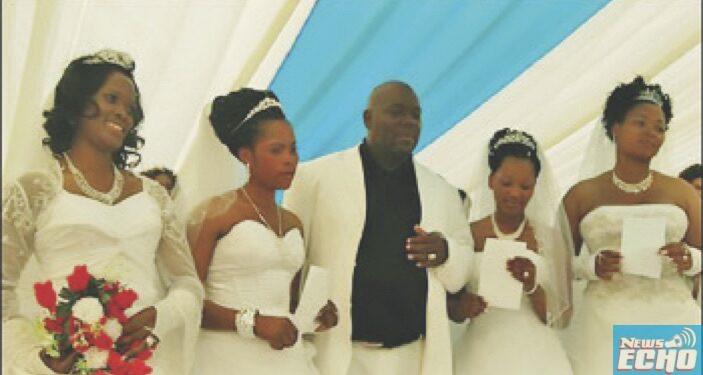 It is no longer a thing of debate or argument that western civilisation brought a lot of changes in our pattern of life. However, some of these changes help to advance our life, health services, education and by and large some of our ways of life. Without doubt, the greatest import of civilisation was Christianity. However, some scholars may argue that although Christianity was the bedrock of our civilisation, today, due to some behaviours of some mordern pastors and foundamentalist, many and absolutely many have begun to pick holes in Christianity.

Of course of the Ten Commandments, which of them we as Christians have we not violeted on a daily basis? Yes, Christianity taught us to keep to Ten Commandments. It also teaches us not to have another God.

At the advent of Christianity, one of the points of attack was idolatry. Before then, our people were involved in monumental idol worship. Then and only then, idol worshiping was very rampant to the extent that in towns and villages including market squares, several shrines with gods and goddesses had their abode. It was not of place to see huts of different siezes erected and designated to different gods and goddesses.

One of the tasks which early Christians confronted was to abolish idol worship.

However, then and only then people behaved very well. There was the observance of law and order. There was no evidence of armed robbery, stealing, kidnapping including violent crimes we see today. Our great grandfathers and grandfathers were men pf honour and intergrety. They kept their words, honoured agreements. Then it was obvious that decency was evident, peace and tranquility prevailed.

Fortunately or unfortunately, practice of polygamy which was rampant among our fathers and grand fathers started to diminish because the church preached against polygamy.

Then and only then in many communities the wealth of any man was measured by the number of house wifes, the number Of domestic animals, the sieze of his compound and barns, the number of children they had and other wealth.

One of the reasons why great men, chiefs, elders, farmers; inshort people of diffenet capacities married many wifes was to raise family to rebuff any local attack. Which means in a way, every family head must have a formidable family army. They constitute army of farmers, army of soliders and army of workers.

Igbo history is punctuated with great men who married several wives. One thing was certain, then and only then some of these great and powerful men went on the excaped of abducting beautiful ladies they met at occasions or so.

Fortunately, at the waning of time and with the advancement of Christianity, polygamous practice started to disappear. Today, in towns and villages, communities and clans, it is difficult to fond polygamous families. Certainly, because of some obvious factors, one hardly find many polygamous families in our culture today. Indeed, it is part of our marriage culture that is diminishing fast. But this is not what it is in Yoruba culture.

Prevalence of pedophilia and way forward