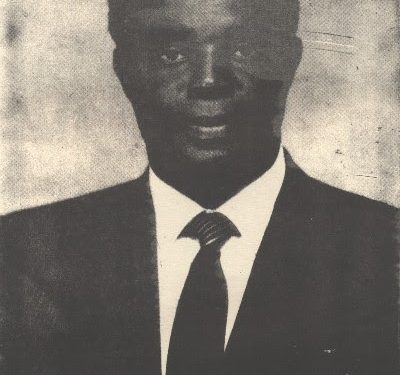 Before the arrival of last Christmas and the new year celebrations, there were so much apprehensions as to the celebrations being free. The reason was simple. There was a widespread apprehension due to reports of insecurity in several states in the country and in other big and small cities in the country. Because of this, many residents began sending messages to their relations in diaspora advising or warning them not to come home.

Many, indeed, heeded this advice and cancelled their already booked flights. However, many brave ones decided to take the chance for so many reasons. First, they had so amany commitments already advanced in arrangements. There was no way they could have cancelled the trip hence they braved the travel arrangement and headed home.

Fortunately and steadily, from 1960, Ihiteaforukwu and other adjourning communities began to expand, develop and progress.

Between 1960’s and the 70’s, many sons and daughters of Ihiteaforukwu through their individual and collective efforts steadily began to travel overseas in search of the Golden Fleece. It must be mentioned that Ekwerazu as a clan had people with industrial and educational zeal. In addition, they were politically alert and conscious. In the area of tertiary education, they were relentless.

Under the leadership of Chief Pius Nwoga now late, he stimulated political consciousness and economic advancement among the people of Ekwerazu. Politically, he was the henchman and he brought up so many leaders from other communities such as Nze Anakani from Ihitteafoukwu, Chief Njoku from Mpam now late, Chief J.B.C Nwokoro from Umuegwu Mpam, Chief Atughara from Oparannadim and few others who were his henchmen and principal advisers.

These men with Eze Pius Nwoga could be said to have stimulated the political consciousness and awareness among the people of Ekwerazu. It must be said that true and true, these men with the leadership of Pius Nwoga who later became a traditional ruler were the spring board upon which Ekwerazu in general embraced political education, academic education, economic advancement and social emancipation so to speak.

On its own, brilliant and vibrant persons from Ihiteaforukwu struggled to embrace social and political sophistication under the guidance of Nze E. E Anakani (Now late). It must be said that one of the illustrious sons in the 60’s in Ihitteaforukwu was Barr. Ezeji Okorie who through the collective efforts of the people helped him to go to the United Kingdom to study law. And he came back and practiced as a successful lawyer at Aba.

Meanwhile, as the time went by, many sons and daughters of Ihitteafoukwu began on their own to be melting into Europe and America, including Dr. Enyeribe Okehi from Umuchieze, Mr. Godwin Okoronkwo from Umuediabali Ihitteafoukwu, etc. By then, Dr. Enyeribe Onuoha through the instrumentality of the Catholic Church has advanced in priesthood.

By the end of the civil war in 1960, people like Alphonsus Iwuagwu had already landed in the United States. By 1965, others like (Yours sincerely) and other sons and daughters of Ihitteafoukwu made bold and spirited efforts to enter the United States. And indeed, they did. It must be said that on the political front, one of the daring sons of Ihiteaforukwu, Chief Steve Evulocha has made impact in the political horizon on Ihitteaforukwu to the fact that he contested for the governorship seat in early 1959.

Thus, between 1970 and today, it is a thing of gratitude to the almighty God that many Ihitteaforukwu sons and daughters are in the United States. Most of them have attained several levels of education. But the only unfortunate thing is that they have not learnt the culture of returning to stay in their hometowns to bring community development to their motherland. However, every year particularly during this past Christmas and new year holidays, they would come home in large number to bring new life to the community.

During this last passing season just like in every other season the humble community of Ihitteaforukwu will be electrified with returnees. Many adjourning communities particularly those from Mbano and Etiti have termed Ihitteaforukwu as , “A city of London in Ekwerazu.” Honestly, many of their sons and daughters have become financial giants such as Dr. George Echebelem, Chief Dr. Okwu Nwandu, Chief Moses Ayoka from Umuediabali, Barr. Chidi Ojinere, Okwuchukwu Egbukwu, Tochukwu Egbukwu, Emeka Abanobi, Barr. Okwuoma Maduforo, Dr. Okwuchukwu Nwachukwu and many others. In fact and indeed, the community was punctuated with several activities including launching for the erection of Umuojiagwa hall, headed by Hon. Dr. Valentine Echeblem as the chairman. During the launch of funds for this hall, it was indeed a matter of naira rain from most of the returnees.

On the side of inconclusive merriments, there were numerous wedding ceremonies in the community and in fact too many countless ceremonies for which there were endless convivialities.

Finally, without mincing words, the little community of Ihiteaforukwu with densely population had its vibrant Christmas and new year celebrations for which their kits and kin celebrated abundantly indeed to the glory of God. After all, by this time next year by the special grace of God, it will be a greater celebration particularly if the economic downturn improves. To God be the glory.

NAUTH CMAC, Ugboaja, takes over as acting CMD, promises to give his best