The meaning of eze in Igbo culture 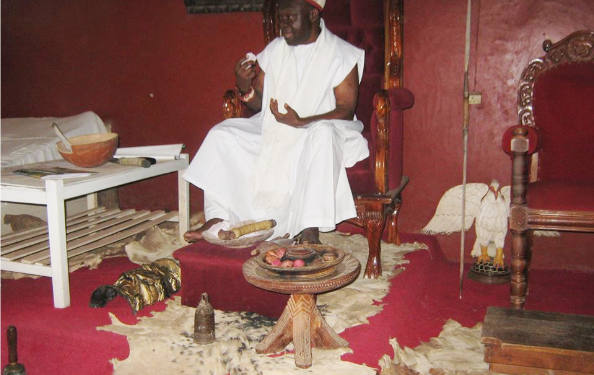 0
SHARES
313
VIEWS
Share on FacebookShare on TwitterShare on Linkedin

The Igbo term “eze” as regards to the Igbo ontology has as its nearest English equivalent the term “priest”. Eze means priest (priest in this sense means those who specializes and are naturally gifted in divine matters and serves as a mediator between God/the gods and particular Igbo society). Ezeship is something that is believed to be a thing of divine gift, and never a thing to be dragged or contested for.

In a typical Igbo community setting, when things goes wrong and it’s believed to be a divine matter, it is the duty of the priest as a naturally gifted expert on divine matters to intercede for the people. The ezeship has its oldest documented trace in Igbo land to Nri, which the eze nri is referenced as the religious leader of the nri traditional religion, and that is why he’s presently called a priest-king.

An Eze aside his/her divine duties may also be a leader, a guide; he may preside over several gatherings (but not in the sense of an absolute monarch) and sometimes may lead the people to wars.
Over the recent years, Ezeship has been wrongly interpreted to mean kingship, and this was because of the influence and political arrangements of the British which redefined and acknowledged the ezes as traditional “rulers” (kings).

This is in order to achieve their indirect rule in the Igbo territories, and since then ezeship has been politicized removing the essential aspect of it, today it can be contested for even by those who has no divine gift of intercession.
On a probable note, it may be due to this leadership influence bestowed on ezes in most Igbo communities as the eyes of the people that the colonizers found it as being closest to the concept of kingship, and thus this was where the misinterpretation began after they were interpreted to mean kings in English language.

This misinterpretation created a problem of semantics our new Igbo generation finds it difficult to solve. Due to this misinterpretation of eze to mean king in European settings, it became a necessity for many scholars to use the term “king” in reference to the Igbo term “eze” in their academic works, and from there, the misinterpretation gained more ground especially when the medias (Nollywood), and Bible translators adopted that wrong interpretation.

In the book “Arrow of God” Achebe identified Eze ulu as the chief priest of the god, Ulu, worshipped by the six villages of Umuaro. The book begins with Ezeulu and Umuaro fighting against a nearby village, Okperi. The conflict is abruptly resolved when T. K. Winterbottom, the British colonial overseer. However, Eze ulu was a leader and was never defined as an absolute monarchy. Maybe this confusion is because of inability to distinguish between a leader and a ruler.
Some examples of different types of eze in Igbo ontology are; Eze mmuo (Ezema or Eze-mama Nsukka dialect) is a male priest of an Oracle. Eze Nwaanyi is a female priest of an Oracle (recently misinterpreted to be queen) Eze mmiri is the priest of the waters, deals with the spirit of the waters. Eze ani is the priest of the earth, deals with the deities of earth etc.

However, due to how ezeship is believed to be a thing of natural gift in expertness, the term “eze” can also be used metaphorically to designate “the gifted one” in other fields of life, example are; Eze opi; an expert in flute Eze ji; gifted in yam cultivation and harvest. Eze ike (Ezike); gifted with strength
Eze ego; gifted with money etc.

Hence, both the eze as per priesthood and eze in metaphorical sense is connected to the agwu spirit (study agwu for better understanding). It is this agwu that befalls one with these gifts and talents.
Note: ask yourself, if king means a ruler/monarch as many of you may think, then what makes you think a human can be king to the gods/spirits?
Remember there’s ezearo (aro deity), ezema (maa in Nsukka is god) etc.

Also the term “Di” (Dikwu, Dibia, Diani Etc) is also equivalent to “Eze” but that would be explained another day.
This write up is open for critics as critics are the food that grows knowledge. Let’s learn together.

5 important things you should do daily before working out

5 important things you should do daily before working out