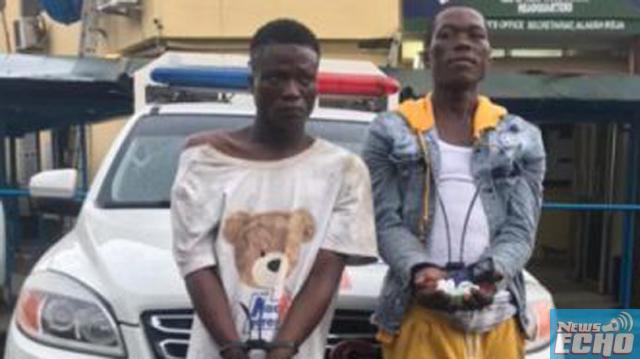 Residents of Douglas in Owerri Municipal Council, have decried incessant robbery, attack and hooliganism by hoodlums.

They regretted that over the years hooligans and criminals have been terrorising Douglas and its environs with government, security agents and residents doing practically nothing to stop them.

The residents cried that the criminals have instilled great fear in the public so that they rob, attack and dehumanize their victims in the glare of the public who watch them moronically and helplessly.

Speaking to our reporter who called on Monday, one of the victims, Mrs. Edith Chukwu, a trader, who sells food stuff, confided that she was robbed on gun point in the early hours of Thursday last week near Eke- Ukwu Market, Douglas, when she was going to buy some goods with no passersby coming for her rescue.

According to her, “I’m a petty trader, who deals on foodstuffs. On Monday last week, exactly at about 7: 30 Am, I was going to the market to buy foodstuffs, on getting to Douglas (after Mbaise Road), to my perplexity, a gang of 3 boys stopped me, brought out a pistol, pointed it at me, they took my bag, boldly opened it, took away my #30,000 and walked away majestically with passersby and traders mopping at us helplessly.

The scene lasted for about 5 minutes with no security agent on sight to stop them. I was able to go back to my home because someone gave me N200 transport fare. Douglas is a volatile area, a den of criminals and cultists. Many people have been killed, maimed rendered poor and frustrated by hoodlums”.

Explaining that Owerri city is entirely ridened with pocket robbery and hooliganism which are unchecked, a resident of Douglas and a student, Anokam Chidiebere, told residents to always summon up courage to confront the hoodlums to reduce criminality and intimidation at the area. He observed that women and girls are the main victims.

“The level of criminality that happens in Owerri city particularly Douglas area on daily basis is a thing out of place. There are different kinds of hoodlums who pick pockets, robe people with guns and other dangerous weapons, ransack houses, loot shops, rape women and girls with nothing being done by the security agents to apprehend and prosecute them to serve as deterrent. We are living in fear in Douglas. Night life has disappeared”.

They begged government to rise to the problem to reduce criminality and hooliganism at the area.