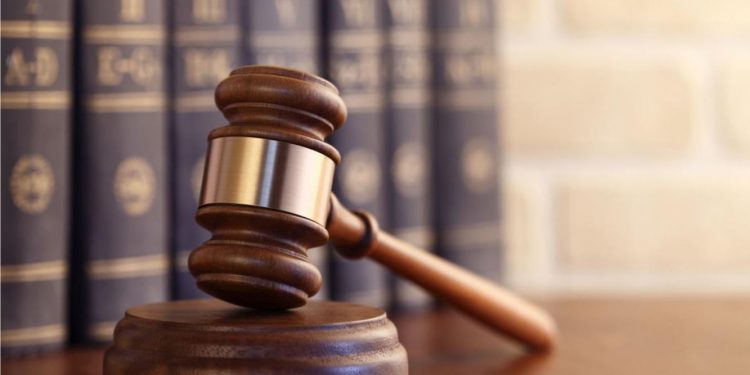 Seven suspected political thugs were on Tuesday remanded by a Magistrate Court sitting in Akure for alleged possession of firearms.

The suspects were apprehended by a security agent on Ikaro road, Ifon headquarters of Ose Local Government Area on September 19, 2020, while allegedly parading the town with a branded campaign vehicle.

According to the Director of Public Prosecution, Grace Olowoporoku, the suspects were caught with locally made single and double barrel guns totalling seven with live cartridges and thereby committing a felony contrary to and punishable under section 3 (1) of the robbery and firearms (Special Provisions) Act Cap R11 Vol. 14 Law of the Federation of Nigeria 2004.

The DPP, therefore, tendered an application praying the court to remand the suspects in the custody of the Nigeria Correctional Service Centre, Olokuta Akure since it lacks jurisdiction to entertain the case.

Without objection from the counsel to the suspects, the presiding Magistrate, Tope Aladejana ordered the seven suspects to be remanded in prison to enable the police conclude its investigations on the crime.

Speaking on the matter, the state Attorney-General and Commissioner for Justice, Hon. Adekola Olawoye, SAN said it is the duty of any responsible govt to protect her citizens under the provisions of the law.

While querying the intention of the suspects parading the town with unlawful firearms and other dangerous weapons under the pretence of a political rally, Olawoye admonished that election should not be seen as a do or die affair.

Hearing on the matter has been adjourned till 22nd October 2020.

Militarizing the South East will heighten insecurity in region