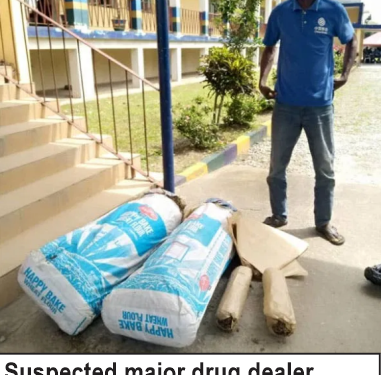 The Cross River State Police Command has apprehended a 51-year-old, Ekeng Asuquo in Calabar in possession of over 200kg of Indian hemp. Briefing Journalists at the Police Headquarters, Diamond Hill, Calabar on Tuesday, Commissioner of Police Abdulkadir Jimoh said it was unfortunate for such an elderly man to engage in the wholesale and distribution of marijuana. According to Jimoh , the suspect, Ekeng Asuquo who deals in the illicit distribution of Indian hemp was arrested on actionable intelligence at Egerton street, Calabar .

His words:” He is one of the people that encouraged criminals and notorious persons in our community and the entire state, because most of them use this substance and illicit drugs to perpetrate heinous crime.” He is a Baron and a leader of cartel who has chains of other distributors, with the quantity we recovered, it shows that his chain of distribution is large. He will be handed over to the NDLEA and he will face the full wrath of the law ,because after our investigation he will be handed over to them for further prosecution ,a lot of his kind has misled many promising youths and young minds in the society because of their illicit trade in drugs .

Speaking with newsmen, the suspect Ekeng Asuquo said he doesn’t know the content of the bag adding that he only kept it for a friend.” I am not a drug Baron, I only received the bag from a friend of mine, Godwin he told me it was crayfish, I have never been involved in drug neither do I sell it ,” he said. 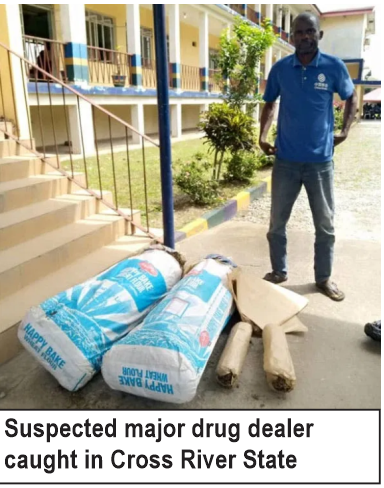 Aficionado’s Side | Maina: A criminal VIP and the questions we should ask