The president that Nigeria Needs Now 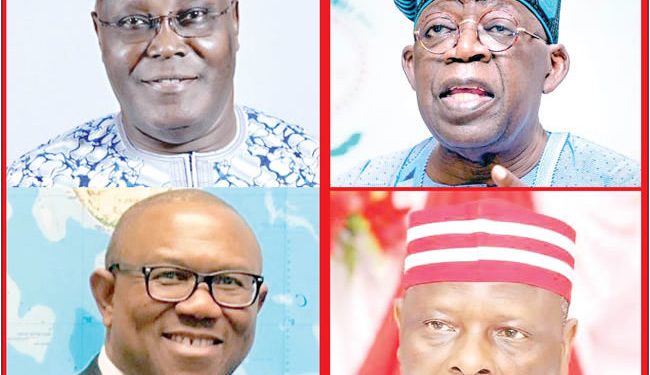 One may begin by challenging the proposition inherent in the above title by countering that Nigeria’s real need is not a good president but a completely new structure. That counter proposition is based on the idea that individual capabilities are suboptimal in the factors that shape history.

Therefore, spending so many resources in the search for the ideal individual to be president is wasting the resources that need to go into collective effort to recreate society structurally. The structuralist may have a point that oftentimes society needs to be reinvented not better managed. But when is reform and better management no longer feasible; and do we a complete makeover?

This counter proposition ties into the concern about whether leadership matters and by how much. There used to be the ‘the great man’ theory of history. It argues that everything great achieved in human society is a result of the efforts of a great man. Transformations in history are usually the work of a man of extraordinary brain or brawn. This obviously leads to the cult of a leader.

We have examples of such ‘a great man’ like Julius Ceasar, Napoleon Bonaparte, and Chairman Mao. Thomas Carlyle subscribed to this theory in his classic work on world history, On Heroes, Hero Worship, and the Heroic in History. The contrary theory, the Situational Theory, argues that great men don’t make history. It is situations that provide the contextual leadership that solves problems.

As leadership scholar, Robert Heifetz puts it in his Leadership Without Easy Answers, “In a sense, Situationalists were not interested in leadership per se. ‘History makers’ were interesting because they stood at the vortex of powerful political and social forces, which themselves were of interest.

Thus, the more or less contemporaneous emergence of the United States’ first great leaders – Jefferson, Washington, Adams, Madison, Hamilton, Monroe, and Franklin – is not attributed to a democratic fluke but to the extraordinary times in which these men lived”.

Yet another contest theory argues that it is the people as a collective that make history. When people are ready the appropriate leadership emerges to lead the struggle. This may be the model of the botched #EndSAR movement. Revolutionary moments elicit revolutionary figures whose responsibility is to guide the people to achieve their aim.

Such leaders are extraordinary according to the character of the social dialectics that propels them. So, we should not just fixate on seeking out transformative, revolutionary or redefining leaders. Rather, we should fuss more about stoking the transformative, revolutionary, or redefining social moments. When the people are ready, the leader emerges.

There is no definitive resolution of the contention about how much individual leaders matter in the history of change and revolution, but what is clear is that who leads in a society is crucial, either as the great man or the man that can leverage on the situation to move society to another level or the man who can mobilized the collective force of social uprising to achieve transformation.

The Oxford political scholar, Archie Brown confirms this position. In his definitive work, The Myth of the Strong Leader: Political Leadership in Modern Age, he debunks the myth of the strong leader and argues that we should keep our eyes on the context and institutional ordering. In his recent work, The Human Factor: Gorbachev, Reagan, and Thatcher, and the End of the Cold War, he presented the end of the cold war as a testimony to the leadership acumen of three powerful leaders, and not to the dialectics of global events.

This sustains the idea that leadership matters. It matters who occupies the position of leadership either as president, prime minister, or chairman. Therefore, as Nigerians look forward to 2023 as the beginning of a rebirth of a country trapped in the stasis of dangerous and generalised incompetence and instability, who becomes president is of utmost importance.

What qualities should Nigerians be looking for as they go to the polls in 2023 to elect the next president? Who among the 15 candidates vying for the highest office of leadership in Nigeria is the president that Nigeria needs? I like to think about the choice of a president as a strategic action. Deriving from the classic insight of Professor Richard Rumult, I think the beginning of a strategic decision making is conducting a proper diagnostic.

To elect the best person as president we have to first determine what it is the country needs at this point in time. There may be timeless principle of good leadership, but every effective leadership is contextual; it is effective because it has responded to the practical and current problems of today. Winston Churchill was a Great War time prime minister. But he failed reelection after the war ended.

The people adjudged his peacetime efforts as ineffective or undesirable. Nelson Mandela is a global leadership icon. His antiapartheid leadership earned him global acclaim. If he stayed long in leadership to deal with the crises of development post-apartheid, there is no guarantee he would remain inspirational. There are different kinds of leaders for different situations. So, what kind of leader does not need today? And the answer starts with understanding where Nigeria is today.

The best diagnosis of Nigeria is that it is a country heading toward disaster that needs someone to drag it off course. This disaster has three dimensions. First, past leadership has left a legacy of disunity, bitterness, and loss of social trust. We can have a debate about how much of this disarray is attributable to President Buhari’s notable failure of the past seven years and how much of it predates him. But what is unarguable is that the country is almost lost in utter despair, desolation, and distrust. There is no Nigerian state anymore, if a state is built on a high degree of nationalism and political legitimacy.

The mass exodus of Nigerian youths out of the country is not the usual desperate search for greener pastures; it is now a vote of no confidence, not only on the present, but also on the future of Nigeria. Nigeria is now a wilderness of lawlessness. The part of the Nigerian real estate that is truly governed is small and diminishing by the day. Everywhere, as the poet said, we see the ceremonies of death and anxiety. The country is reeling in the throes of death and needs a reawakening.

So the president that Nigeria needs in 2023 is someone who can recreate the country in a moral and social sense; someone whose emotional intelligence, reflecting in how he treats different parts of Nigeria, can resurrect a simple faith that Nigeria is not out to kill us. The next president must be a purveyor of hope. That hope must not by words only; but by words and deeds.

The next Nigerian president must be a unifier. I know that is a mundane and hackneyed cliché. But we are back to the basic, back to rebuilding the foundations of a nation-state after the disaster of Buhari administration. From 2023, the conversation should no longer be about Islamization or Fulanization.

As we struggle to develop a workable public sector, we should be clear that the hand steering the country is steady on national unity and equal treatment of all Nigerians citizens. That is the minimum agenda of a Nigerian reset.
The second dimension of the Nigerian failure is economic stagnation. Decades of weak and incompetent neoliberal economic management have resulted in an economy at the lowest point of productivity frontier. We are an unproductive economy, compounded now by an entrenched neo-feudal prerogatives complex that is fast destroying the institutions and culture of production. When a country spends 98 kobo of any N100 it makes to pay for interest on its loans, then it is beyond bankruptcy. That is where Nigeria is, more or less.

The Minister of Finance says that Nigeria has more of a revenue than a debt crisis. She is right. But Nigeria’s revenue problem is in essence a productivity problem. Nigeria’s future is bleak except she can find a way out of its consumerist economy; except it can push forward its productive frontier by transitioning quickly from a theocratic, neo-feudal state to a modern ‘liberal’ state that focuses on merit and wellbeing. Nigeria has to become a state fashioned after chapter 2 of its constitution- a state that promotes democratic citizenship in its socioeconomic dimensions. To depart from the quagmire of extreme and pervasive poverty, Nigeria has to produce like mad and empower its citizens like hell.

The third dimension of the Nigeria diagnosis of failure is the corruption of its institutions. Since 2015, we have witnessed a consistent degrading of the capability of our state institutions and their capture by nefarious tendencies. The biggest shame was General Danjuma, an icon of the Nigerian state establishment, damning the entire Nigerian military as an instrument of ethnic hegemony.

Danjuma alerted the Nigerian people that the Nigerian Army is aiding and abetting Fulani killer herdsmen in their onslaught against the peoples of central and southern Nigeria. Forget the merit of this accusation. It may be a scarecrow. But it illustrates the loss of confidence in an icon of national stability like the military that someone as illustrious and governmental as General Danjuma could express such loss of faith in the Nigerian army.

Beyond Danjuma’s revelations, everyday we see evidence of the erosion of the integrity and the effectiveness of core state institutions. The Nigerian military is held to ransom by a ragtag Boko Haram partly because of the complicity of the rank and file of our intelligence and security agencies. To retake our country from Boko Haram and such other dangerous forces, we need a leader whose distance from dangerous ethnic and religious sentiment and commitment to democratic citizenship ensures that he can rebuild the integrity and effectiveness of state institution.

The destruction of state neutrality and effectiveness is the death knell of the Nigerian state. The ultimate national challenge is to rescue Nigeria and rebuild an effective state that is neutral and uninvolved in the virulent religious and ethnic completion that the present administration has indulged. Only a president whose pedigree, personality and engagement give assurance of a demonstrable commitment to a secular, democratic and egalitarian Nigeria that aligns reward to work will stop the drift into the type of the violence-ridden feudal states in the Middle East and South Asia, where violent feuding between families and sects continually derails human development.

So, our next president should be someone who can bring Nigerians together and persuade each segment of a plural society to pursue the collective social and economic well-being of all Nigerians in a spirit of justice and fairness. He or she should be a person who is able to lead a broad coalition of policymakers and mangers who are determined to recreate Nigeria’s political economy to institutionalise productivity and focus resources on sustainable development instead of rewarding fixers and royals.

The next president should have the capacity and commitment to effective and functional, not ceremonial, governance. It should be a Nigerian whose statements and actions in the past gives real hope that he or she understands the importance of rules and will professionalise the state to deliver on social and economic goods to all Nigerians, only on the basis of citizenship, not ethnicity, not religion. Which of the 15 candidates fits the description?
Sam Amadi is an associate professor of Law and director of Abuja School of Social and Political Thought.

Trading on essentials of “Father’s Day”