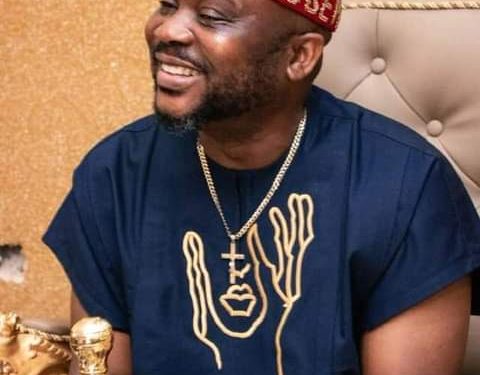 Chief, Dr. (Prof.) Chimezie Anosike Kingsley (KSC) (Ebubemba Ikeduru) hails from Umueziogwu Uzoagba, Ikeduru LGA of Imo State. He is the second son of Mr. and Mrs. Felix Anwunachi Anosike of Umuezieogwu, Uzoagba, in Ikeduru Local Government Area of Imo State. He cannot be said to be born with a silver spoon.
He is based in Sydney, Australia, with his family and is a renowned Nigerian – Australian billionaire business mogul, politician, and Forensic Psychologist. Among his companies where he functions as the Chairman/CEO is the News Echo newspaper and News Insider – Magazine Nigeria.

Ebubemba Ikeduru is indeed a philanthropist. An entrepreneur, who has sponsored over 70 Igbo sons and daughters to Australia, provided empowerment to youths and churches in his community and other parts of Nigeria. He has equally built parsonage for churches.
In this chat with our Editor, he reminisced on his childhood, giving the damning verdict that modern life has denied youths the opportunity which communal life can provide to shape life. Enjoy the read. 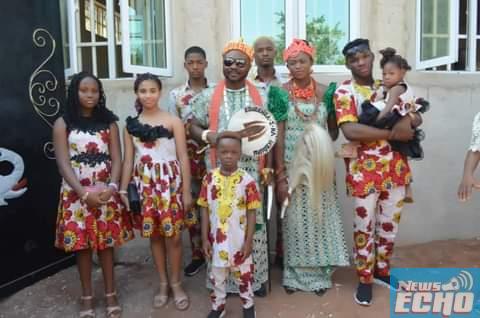 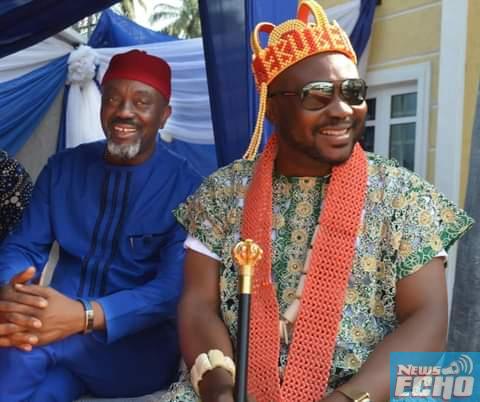 Today, Kingsley is one of the major benefactors of Ikeduru Anglican Diocese. He donates generously whenever the diocese has any need to raise funds. In 2020, he functioned as Chief Launcher for the synod of the diocese. He equally made the highest financial donation to aid the bishop in his numerous works in the diocese. Down to his home parish St. Andrew’s Anglican Church, he is one of the pillars who God is using to lift and hold the church. He regularly donates foodstuffs to widows and less privileged women in the church.

Ebubemba Ikeduru has done a lot to uplift his community, Umueziogwu, his clan, Uzoagba and local government, Ikeduru. He recently instituted an annual football tournament for Umueziogwu youths, which maiden edition was played in 2020. The official prize money donated for the tournament was N4 million, while the Ebubemba spent over N7m in general expenses for the tournament. Ebubemba has made it a point of duty to intermittently donate food items to families in Umueziogwu through the women of the community. The food items usually include rice, noodles, vegetable oil, tomatoes, and salt, among others.

The youths of the community are not left out. A revolving empowerment scheme by Clan Chief Chimezie has given succour to many of them. One of the foundations financed by him, the King Charity Foundation recently bought new Kasea motorcycles and donated free of charge to the youths.

However, to make the gesture get to other youths who may need the incentive, the foundation urged beneficiaries to pay half of the money used to purchase the motorcycles, to enable the managers buy the same type of motorcycles for others. This plan has already started yielding fruits as a second batch of the motorcycles empowerment has also been delivered to new beneficiaries, with the money paid in by those who received the first batch.

Also in the making is a farm project being established by the foundation for youths of the community who are willing to venture into commercial agriculture. A very large expanse of land has been purchased, surveyed, cleared and building commenced for the farm project which promises to be a model mega farm in Imo State.
Ebubemba’s generosity does not start and end with his community Umueziogwu, clan Uzoagba or LGA, Ikeduru. It follows him wherever he goes. In Australia where he is based with his beautiful wife, Maureen Kingsley and children, his house serves as a clearing house for, not only Nigerians who enter the country newly, but Africans in general. He has helped a whole lot of them to settle down and find their footing in the European country, while he readily comes to the aid of any of them who encounters any challenge in the course of living in the foreign land.
Residents of Diamond Estate Umuguma have lots of testimony about the Ebubemba Ikeduru. They count it a blessing for him having a building in the estate. Several years they stayed in darkness, not being able to connect to the national grid. It took the intervention of Chief Chimezie to lift the burden off their shoulders. He bought and installed a transformer for the estate.

He also regularly carries out maintenance work on the internal roads leading to the estate.
The consultant psychologist is one man who believes in making investment to employ people and help them eke out a living for themselves while contributing meaningfully to the economic growth of the society.

His companies, under Deking Group are scattered in Nigeria, Ghana, China Australia and other parts of the world.
In 2020, at the heat of the Coronavirus pandemic, at a time when many businesses all over the world were shutting down and most employers sacking their employees because of the excruciating negative economic effects of the pandemic, the clan chief ventured into newspaper publishing business, a business not known to generate instant revenue, and has a gestation period of three to four years.

He has made it clear in several fora that he established the business, not for revenue generation, political interest or any other selfish purpose, but purely to give journalism professionals who wishes to practice in the most professional way, an opportunity to do so.
Kingsley berated a situation where journalists follow politicians around, sing their praises just for a peanut. A situation he said has further encouraged the bad leaders to continue their selfish, corrupt and exploitative leadership. He sees it as a total calamity, a situation where some so called newspaper publishers go cap in hand, begging politicians’ money to enable them publish their paper.

Since the inception of News Echo Newspaper and its sister, News Insider Magazine, the publisher has not looked back in funding the establishments, making the Newspaper to consolidate its position as a regional tabloid and mouthpiece of the Igbo. He went a step further to establish Deking Printing Hub, one of the best printing presses currently in Imo State. Staff welfare has remained a top priority for Ebubemba Ikeduru. Not only are salaries paid regularly and promptly (on or before end of every month), he goes out of his ways to give out some unofficial incentives to motivate workers to put in their best.
Come 18th of December, 2021, he will be adopted as the bonafide indigene of Umuguma in Owerri West in Imo state with a chieftaincy title. In the same vein, he will be celebrating his two years Ofala anniversary on the 30th December, 2021. These two events have come highly recommended and they making waves across the nooks and crannies of the state and beyond. Meet him!!