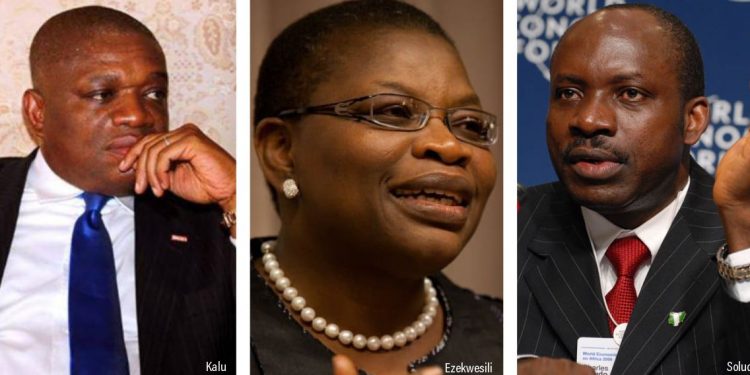 0
SHARES
66
VIEWS
Share on FacebookShare on TwitterShare on Linkedin

The cities of Aba and Onitsha are located in Abia and Anambra states. Abia and Anambra are strategically central to Ndigbo’s meteoric rise to national nay international stardom. The two cities are gateway bases for national and international businesses. They are continental outlets where traders from Cotonou, Togo, Ghana, Cameroon and other African countries converge for Afro commerce.

Both cities are renowned for their technical expertise, just as the local manufacturing and technological fabrication in Aba and Onitsha have attracted global attention thereby making them centres of skill excellence and industrial hub. Talk about shoe, bag and clothes clusters and Aba, certainly can measure head and shoulders above the best in any part of the world. This is the major reason Governor Okezie Ikpeazu of Abia State has been promoting made in Aba shoes, bags and article of clothing since his election. Also, Senator Enyinnaya Abaribe, representing Abia South in the national assembly, has joined in the business of encouraging Ndigbo to identify with Aba made materials like shoes, bags and clothes. Indeed, Aba is Africa’s number one exporter of leather materials like shoes, bags., cloths and clothes. Aba is synonymous with industry and commerce. The Ariaria Market, is, perhaps, Africa’s largest single trade centre where you can buy or sell any item apart from human parts. It is a flourishing commercial centre that deals on virtually all aspects of trade and commerce.

What is true of Aba is equally true of Onitsha. As Aba has the symbol of authority in leather and cloth as well as general merchandise, Onitsha has the insignia and imprimatur of machine, engine and universal production. While Aba is the China of Africa in view of its revolutionary inclination to industrial inventions, Onitsha is to Africa what Japan is to the global automobile.

Ochanja Market, Onitsha Main Market, Spare Parts Line and Upper Iweka are areas studded with all manner of assorted production factories and technical warehouses that manufacture and store spare parts of different automobiles and locomotives that are in use daily in the house, office, workshop, businesses centres, construction sites and other engineering requirements. In Aba, you will behold an Igbo’s commercial heroics. In Onitsha, certainly, you will marvel at an Igbo’s industrial and technological ingenuity.

Just imagine that the federal forces brought Onitsha to ruination during the ill-fated Nigeria- Biafra civil war. A visit to Onitsha few years after would have revealed to you that the enclave had been structurally rebuilt. The case of Awada deserves a mention here. The area is now a town with sky soaring buildings of four storey pinnacles. This sight confounded then President Olusegun Obasanjo when he flagged off the Onitsha – Owerri Expressway in December 2002. When he was to make his presidential remark, Obasanjo stood aghast for minutes, moping at the city of Onitsha in absolute shock and consternation. “Was this not Onitsha that we destroyed during the civil war?” He must have asked himself!

Surely, Aba and Onitsha represent the industry and ingenuity of Igbo commercial and entrepreneurial potentialities. The puzzle here is, none of these cities or any other town for that matter, is captured appropriately in all the industrial, economic and commercial national developments carried out by successive federal governments of Nigeria. What you see in Aba and Onitsha are individuals’ efforts anchored in the never-say-die spirit of the Igbo ward. It is the effect of Ikenga (survival of the fittest) spirit. The belief that hard work, deduction, professionalism and honesty bring forth genuine reward. That is why you hear the slogan, “the Aba spirit, nwa Aba (Aba boy)., Onitsha puru iche, (Onitsha makes the difference), etc.

Geographically, Aba and Onitsha are situated in Abia and Anambra states. The two states are comprehensively metaphorical to the educational/academic, political, military, social and cultural metamorphosis of Igbo renaissance. In other words, whatever happens or affects these two states is usually greeted with an epoch-making multiplier effects. It means that these two states bear the genesis of Igbo growth, development and advancement. This is not to play down the wonderful contributions of the other three states of Ebonyi, Enugu and Imo. These three states have equally made Ndigbo proud in various ways.

It must be made clear again that the legendary Zik of Africa was Nigerian president in the First Republic. He was Anambra. The premier in the East was M.I. Okpara, from Abia. Those men were the two most important politicians in the East at the time. In the first military arrangement in 1966, General Ironsi was the head of state. He hailed from Abia. The military administrator, Eastern region at the time was Colonel (later General) Emeka Ojukwu. He was Anambra. Of course, Ojukwu knew this fact and he built his bunker in Umuahia, Abia State, during the Biafran days.

It is on record that the first two university vice chancellors the country had were Professor Kenneth Dike at University of Ibadan and Professor Eni Njoku at University of Lagos. In fact, Dike transformed what used to be a mere University College to a full fledged, degree awarding and internationally recognized university.

When the country returned from its pretentious amnesia and decided to announce CBN governors of Igbo inclination, after more than three decades of playing poker with Igbo financial experts, the two states the oligarch preferred their personalities were: Paul Ogwuma, Abia and Charles Soludo, Anambra. The same scenario played out in the choice of second in command to a head of state and deputy vice president. The late Dr Alex Ekwueme was the first elected vice president of Nigeria and he hailed from Anambra just as retired Commodore Ebitu Ukiwe, in a most dramatic and historic fashion, like Ekwueme, emerged as first Igbo second in command to a head of state. It was the first time an Igbo would be allowed to occupy such a sensitive and top job in the army since the cruel assassination of Ironsi on July 29, 1966.

As Anambra’s line up in politics, diplomacy and literature made Ndigbo and Nigeria proud with personalities like Nwafor Orizu, Mbazulike Amaechi, Arthur Mbanefo, Emeka Anyaoku, Emmanuel Ifeajuna, Chinua Achebe, Amanda Adichie, Oby Ezekwezili, and few others, so also did Abia produce a galaxy of sports stars and military czars. Chief Jerry Enyeazu, the man who coupled the continental brand called Rangers International. Enyeazu, was a scion of Aba, Abia State. And when the CAF Champions League became elusive to Nigerian clubs, it was an Aba based team, Enyimba, that broke the jinx in 2003 and gallantly defended it in 2004. It was Felix Anyansi Agwu that made it happen as club chairman while then governor, Orji Uzor Kalu provided the financial muscles. It is common knowledge that Sir Emeka Omeruah who as minister of sports guided Nigeria to lifting the first FIFA U -17 World Cup Finals in China in 1985 was from Abia. Omeruah as NFA chairman equally led Nigeria to winning the Nations Cup for the second time in 1994 and making her first World Cup appearance in USA ’94. Two years after, the same Omeruah as minister of sports inspired the country to a glorious Atlanta ’96 Olympic outing. After Ironsi’s death in 1966, it took 45 years before another Igbo was appointed as an army chief. General Azubuike Ihejirika was made the GOC of the army. He is a scion of Ovim in Abia State.

Between 1998 and 2003, notorious armed robbers invaded the South East and coloured the region with all manner of criminal activities that defied the interpretation and intervention of the security set up, Aba traders and artisans came up with Bakassi Boys that ultimately liberated the Igbo nation.

And are you aware that it was in Aba that Oliver the Ogene King got his stage name of Oliver de Coque? Oliver was entertaining his fans in a square and was gyrating away to the admiration of all. A lady hollered repeatedly in Igbo: “Oliver dika okwe”. The coinage seemed impressive to Oliver and he embellished it with Congolese/ French flavour to arrive at: Oliver de Coque! The gospel singers known as The Voice of the Cross, which brought succour and renewed hope to Igbo communities after the tragic civil war, had an Abia stamp just the irresistible television comedy, The New Masquerade, was also an Aba creation. The first African to be enlisted into the World Boxing Hall of Fame, Dick Tiger, though an Imo State ward, took off in Aba. Aba is home to mega stars.

Whenever Abia or Anambra is threatened, the entire Igbo county is endangered. A particular president wanted to conquer Igbo nation and so he descended heavily on Abia and Anambra states. This made the formation of APGA and PPA very easy and attractive. Peter Obi became governor of Anambra on the platform of APGA while Theodore Orji was elected in Aba on the wheels of PPA.

The remarkable achievements of Innocent Chukwuma of Innoson Motors is a good example of Igbo’s industry. Chief Allen Onyema’s giant strides in the aviation are equally commendable. Chief Ifeanyi Ubah’s noble feats in the oil and gas industry where-upon he built the longest oil facility in Africa in Lagos cannot be overemphasized. Nnewi is now a growing village for commerce, industry and technology.

However, both states, no matter their great up start, failed to produce the secretary to the federal government of Nigeria when it was time for Ndigbo to do so. It was Ebonyi State, and the man was Senator Pius Anyim. When it was time for Ndigbo to bring forth an Inspector General of Police, it was neither Abia nor Anambra, but Enugu and the officer was Ogbonnaya Onovo. And Imo came forth with Kelechi Madu, the first Nigerian to be a minister in Canada.