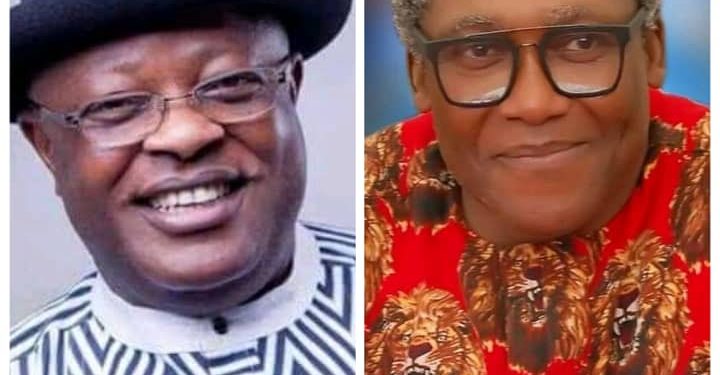 0
SHARES
61
VIEWS
Share on FacebookShare on TwitterShare on Linkedin

Ohanaeze Ndigbo worldwide on Monday said that it has discovered that almost all Igbo presidential hopefuls are being distracted through the instrumentality of the local politicians on the ground and cautioned that such should stop especially among Ebonyi State politicians.

The apex Igbo socio-cultural group specifically cautioned the member representing Afikpo North and South in the House of Representatives, Hon Idu Igariwey who was appointed by the People’s Democratic Party (PDP) to take over from Governor Dave Umahi following a recent court pronouncement that sacked him as governor.

Ohanaeze cautioned Igariwey to resist the temptation to invade Ebonyi State with recent pronouncements that he is now the Governor of Ebonyi State, stressing that every due process stipulated by the Nigerian constitution must be followed in the case in Ebonyi.

“Our suspicion has been reinforced by the recent pronouncement by Hon Idu Igariwey that he is now Governor of Ebonyi when he’s aware of the Ebonyi High Court judgment on why Governor Umahi should stay and also the appeal of the Abuja High Court judgment sacking him,” Ohanaeze said.

The apex Igbo socio-cultural group said it has observed that in all the South-East states, where most the Presidential hopefuls are facing one form of temporary challenge in a bid to either distract or force them to quit the 2023 presidential race and specific

Ohanaeze alleged that Engr. Dave Umahi’s trials is a distraction to make him quit the 2023 race and concentrate on the Ebonyi state “or if he continues, he might be taught a political lesson in a language that he will understand before the end of his tenure in 2023,” Ohanaeze said.

The group further cautioned that any actions or pronouncements capable of inciting or provoking a crisis in any part of the South-East must be resisted and avoided especially now that there are insecurity challenges in the zone.

A statement from Mazi Okechukwu Isiguzoro, Secretary-General, Ohanaeze Ndigbo Worldwide warned that Ohanaeze will sanction anyone who offers himself as a willing tool for the enemies to use, in the declaration of political war, capable of derailing governance and institutionalizing violence and chaos in the Ebonyi state.

Ohanaeze called for all parties to exhaust all legal corridors and avenues provided by the Nigerian Constitution for the resolution of the Ebonyi imbroglio and leadership crisis adding that it is aware of different court pronouncements on the Ebonyi matter and the appeal of the Abuja court judgment by the Governor David Umahi in the appeal Court.

“We urge all parties involved to be patient and allow the laws of the land take their course, and those who have decided to become Nigeria’s version of Russian President Vladimir Putin, and has decided to invade Ebonyi state will be sanctioned according to Igbo customs and traditions,” Ohanaeze said.

The apex Igbo socio-cultural group also said that it is aware of the fact that all presidential hopefuls from the South-East have been subjected to all forms of blackmail, which hunting and intimidation using the locals to prosecute these rogue operations and political war.

What is love really?