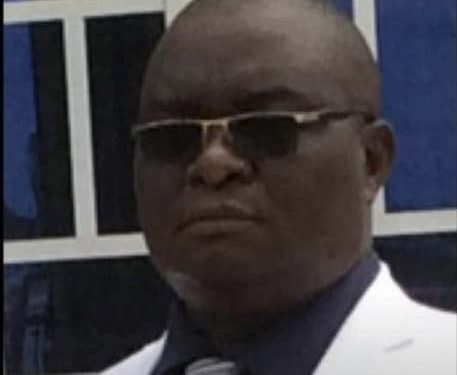 Anambra Commissioner for Homeland Affairs, Chief Chikodi Anarah has debunked the alleged accusation of being involved in the community crisis in Isuaniocha, Awka North LGA, area of the state.

Public Relations Officer, Ministry of Homeland Affairs, Ukpa Ewa (ANIPR) disclosed this in a press release statement made avaliable to Newsmen on Tuesday said “The attention of the Commissioner for Homeland Affairs, Anambra State, Chief Chikodi Anarah, has been drawn to a report published in the Daily Independent newspaper (online) of June 27, 2022 accusing him of causing crises in Isuaniocha, Awka North LGA of Anambra”.

“He Commissioner is shocked at the almost 18-paragraph story that reeks of wild allegations, brazen bitterness, and apparent mission in vendetta and attributed to the erstwhile President General (PG) of lsuaniocha, one Tony Onyeagolu who was removed from office as PG for serious criminal activities and who is at the moment facing murder charges in Court.

He asked to know what joy or benefit he would derive from causing crises in any community in Anambra State where he had just completed an eight year tenure as a Special Adviser on Security Matters with the task of creating peace and fighting crime and criminalities. “What should single Isuaniocha out for a different treatment out of the 181 communities in Anambra State?”, he asked. He continued, “Is Tony Onyeagolu the only person in Isuaniocha that knows about the issues he has been alleging?” Chief Chikodi Anarah is not a native of Isuaniocha and has no power to appoint or direct affairs within that locality. He is from Amanuke and according to him, he has no vested interest or investment in Isuaniocha. “The allegation made by the past PG of Isuaniocha against the Commissioner is a case of crime fighting back. The former PG had written and sponsored petitions in the past just to malign and tarnish the image of the Commissioner who had served as Special Adviser on Security Matters in Governor Willie Obiano’s administration for eight years and had received commendations to that effect”.

It was in that office that he encountered Mr. Tony Onyeagolum while unleashing violent crimes against his community. The Commissioner’s insistence that Tony Onyeagolu’s activities must be brought to book is the immediate and remote cause of the incessant spurious and unfounded allegations and publications orchestrated against him, Chief Anarah”.

They statement further noted that “the violent crimes include but not limited to the shooting of one Chidiebere Okoye whom they left in a pool of his own blood believing him to have died. He survived. Chidiebere who had only two weeks to go and join his footballing club in Spain before the shooting incident now lives in a wheel chair. He saw Tony Onyeagolu with his own eyes and is the principal witness in the attempted murder charge against Tony currently ongoing in Court. The more serious one is the celebrated abduction and gruesome murder of one Angus Okoye masterminded and executed by Tony Onyeagolu and his boys. The murder charge is also pending against Tony Onyeagolu in Court”.

“The past President General (PG) who the Commissioner also said is a drug addict is however advised to take his medley of grievances to other climes and possibly go for litigations if he has any case against Chief Anarah”. “By Governor Soludo’s vision of making Anambra State a Liveable Smart Mega City, Chief Chikodi Anarah’s antecedents of hard work, integrity, and ethical behaviors are known to all, and the varied skills garnered over the years in his service to the State and commitment to making the State safe for all”, the statement concludes.