Why Araraume is right man for Okigwe Senate seat 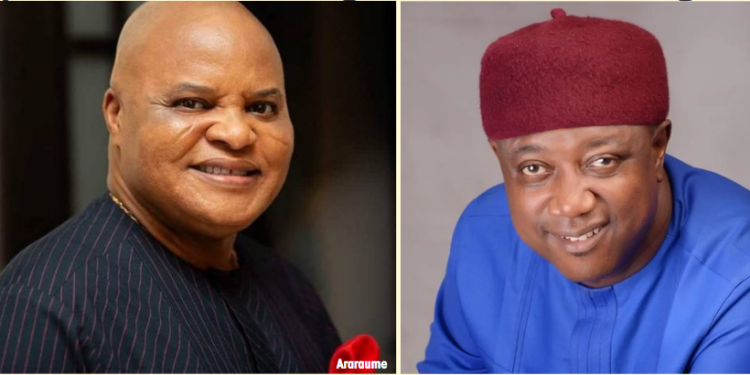 Politics in Okigwe zone has taken another dimension this time following the December 5th Senatorial bye election. Many of the candidates of the various political parties have taken their campaigns to the grass roots to get votes from the electorates.

Tongues are wagging up and down about who is the best candidate to represent Imo North at the senate. Well, Okigwe people will decide come 5th December, 2020 and not the writer. However, analysts work with facts and when such facts are adhered to, results appear for those who cared to listen.

Sometimes last year I drove towards Isiala Mbano enroute Ehime Mbano axis. I decided to pass through Isiebu the village of Senator Ifeanyi Araraume. And while driving, I discovered that the roads were smooth. I made up mind to ask the villagers some questions, so I stopped at a drinking bar at Isiebu village. As I was taking a bottle of chilled drink, I opened my inquisitive mind and I asked a succinct question to the unsuspecting villagers that were drinking with me. Who built all these roads? Some of the boys echoed Araraume, while others said NDDC.

An argument ensued. The argument divided the place into two. One group said it was Araraume, the other said NDDC. The group who said Araraume argued that the projects were attracted by Araraume and built by NDDC. So they convinced me that Araraume actually attracted the projects through NDDC which invariably means that without Araraume the projects would not be built there. Araraume is an NDDC contractor, some retorted! It takes capacity to attract a project from federal government to someone’s home town, I thought in my mind.

Senator Ifeanyi Godwin Araraume was a two term senator, which means that he had represented Okigwe zone in the senate for two tenures, (i.e between 1999 to 2007). He became very popular when he contested for governorship election in 2007 under the PDP but lost to Chief Ikedi Godson Ohakim of the Peoples Progressive Alliance PPA. Since then he has remained consistent in his pursuit for the governorship seat of Imo state.

In fact, he is a household name in Imo politics, having participated in virtually all governorship elections since then.
After so many failed attempts to win the governorship seat of Imo state,, he decided to try his hand again in the senate. We should recall that Late Sen. Benjamin Uwajumogu who was representing the zone at the senate on the platform of APC died before the end of his tenure. It behooves on INEC to organize a bye- election for the zone. INEC now chose December 5th for the election which had attracted many candidates, including Senator Araraume.

It is also necessary to note that Okigwe zone is made up of two federal constituencies. The Okigwe North and Okigwe South. Sen.Araraume is from Okigwe North and Late Uwajumogu was from Okigwe South. The senate is usually shared between the north and the south. And I learnt that after Araraume out served his tenure for eight years, Okigwe south has been holding sway till this time.2007 till now has exceeded eight years. So odd favours people from Okigwe north to occupy the seat and Araraume is from the north.

And besides, Senator Araraume has continued to empower people during and after his eight years tenure and beyond. If he returns to the senate, he would definitely become a ranking senator and must be respected. His voice must be heard. The President and the leadership of the senate will respect and recognize him. He will definitely attract more dividends of democracy to the people.

He has what it takes to be a good senator and will do well. Above all, he is a strong politician that loves maintaining his political structure and empowers people. He is the right man for the job and should be given another chance.

He enjoined all electorates from the six LGAs of Okigwe zone, namely Onuimo, Isiala Mbano, Ehime Mbano, Okigwe, Ihitte Uboma and Obowo to support Senator Araraume’s bid to return back to senate. That will give Okigwe zone the opportunity of enjoying the services a ranking member with strong experience in the business world. He added that it will go a long way in attracting infrastructure and human capacity development. I rest my pen.