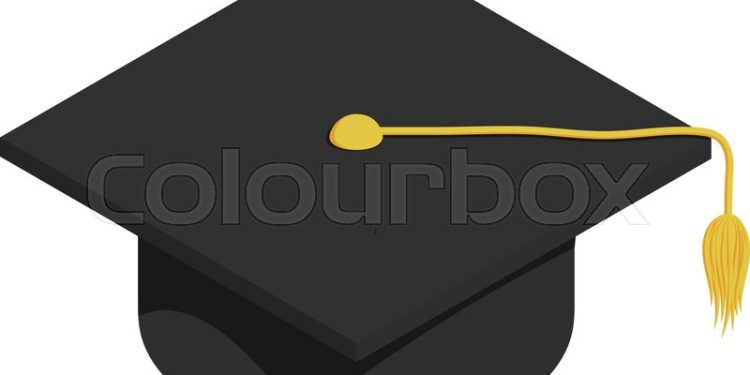 Professors have been in the news of late in Nigeria. They have spearheaded one of the longest industrial disputes with government in the history of this country which, thankfully, is now winding down as you read. Professors have also been useful in the field of election administration. The Independent National Electoral Commission has been consistently headed by an individual with the rank of professor, likewise returning officers.

Former military dictator, General Ibrahim Babangida (1985-1993), hired no less than 45 of them at one point or another during his rule. A current governor and several state commissioners are professors; we even have a serving professor Vice President of Nigeria, in the person of Yemi Osinbajo.

We put the essence and award of ‘professor’ under the microscope this week, the highest honour in academia, bestowed on an individual of distinction with impeccable personal accomplishments. The person so honoured is held up in society as worthy of emulation and leadership in their field.

A professor ‘professes’; anchors an argument on first principles; has reliability, and makes law-like generalizations on issues of great national and world significance.

A professor is also seen as an emblem of probity, good work ethics, and apogee of professional standards. Many a good scientific discoveries, medical advances, technological innovations, economic, political and environmental landmarks have been associated with professors, who have dug deep to push the frontiers of knowledge for humanity.

A professor sees long into the future that many cannot contemplate or even imagine in the short and medium terms. A professor exhibits a calm, cool and rational dissection of complex issues,

where others panic and overreact. So far, so good.
The description of the professor just highlighted is so evidently idealized. It rarely exists in whole in any one individual, in a single period. It is an aspiration, and a destination to which many bearing the title arrive quicker than others, while some never even get started, let alone excel in it.

For others, still, it is simply a trophy to be flaunted, and used to establish dominance. Nonetheless, the award is accepted by the serious-minded as an invitation to work harder, and to lead by example. For others, it is the perfect calling card for sitting on one’s oars, as their intellectual curiosity ends the day after being pronounced professor.

An award of professorship is a little bit akin to the award of a Nobel Prize. Being a laureate is ideally recognition of a life’s worth, but it can also be an award for potential and futuristic endeavours. In fact, the latter is more often the case. The Nobel Peace Prize conferred on former Presidents F.W. de Clerk, and Nelson Mandela (South Africa, 1993), Barack Obama (USA, 2009), Malala Yousafzai (17 years old, Pakistani girl-education activist, 2014), and latterly, Abiy Ahmed (Ethiopia, 2019), would fall into this category.

How does that pan out in academia? The ancient tradition in academia was one where solitary men ’emerged’ professors from the shadows after the selection panel takes ‘soundings’ from their peers. This was the case until the early 19th century when professorship became an honour awarded through published work. The old system of confidential soundings was obviously given to bias along gender, race and class lines.

Published work seemed a more egalitarian method of selecting candidates for the ultimate honour. That too worked well until competition for the honour intensified in the early 20th century until now, leading to the extreme situation of “publish or perish” mentality that is still with us today.

Academics are no longer writing for creativity, but for the sole purpose of earning promotion and gliding through the ranks. Rather than grapple with a research problem on merit, and on the basis of need, the main consideration now is to get anything out to boost one’s tally of publications.

Nowadays, what passes for ‘publication’ among academics beggars belief. But, who can blame them? The work environment for professors (more so in Nigerian public universities) is appalling, as is the average pay, often barely enough to keep their heads above water. The best possession many Nigerian professors ever have to show for a lifetime of commitment and dedication is a smoke-laden, rickety old banger, and a receding grey hairline.

In spite of that, one sometimes marvels at the sight of some professors with their self-assuredness and eloquence, and utter embarrassment at the sight of others basically firing blank, and punching above their weight.

As if this is not bad enough, the “publish or perish” mind-set has taken focus away from quality teaching, and original research. It does not matter how creative you are as a tutor if your publication tally does not add up.

A lousy tutor could jump through the academic ladder faster (with ‘publications’) than a more dedicated and attentive tutor, who lacks sufficient number of complimentary publications.

Furthermore, original research (backbone of academic excellence), can be extremely time consuming, laborious, and expensive. You can be stuck with such work for months, even years, collating and analysing data. Once completed, it is then subjected to a rigorous and sometimes prolonged peer-review process.

Many academics have completely abandoned original research in favour of pedestrian textual analyses, which can be accomplished in the comfort of their bedrooms, and in sufficient numbers to acquire the coveted title, ‘professor’, in record time. Such ‘publications’ often lack depth and rigor.

They contribute nothing to knowledge; nada; zilch, but who cares?
Scholarship has given way to soliciting. The universities’ regulator in this country, the National Universities Commission, set uniform standards that can be applied across the board in a fair and equitable manner. But, paradoxically, that encourages those willing to ‘game’ the system by simply ticking the box.

This is rather unfortunate. The higher the number of ‘publications’ you can ratchet up, the quicker the chances of answering ‘prof’. This is a regressive, anti-intellectual development that has a domino effect on other parts of an academic institution for, while it may give an institution the outward appearance of achievement, it ultimately leads to an all-round decline in educational standards.

The NUC criteria for promotion into the professorial cadre are generally good, but they should not be made sacrosanct. Striving for the lowest common denominator is hardly the best in any event. Universities must be encouraged to look for both tangible and intangible qualities in an individual.

One hundred ‘publications’ behind a person’s name are no substitute for quality. Conversely, a lack of visibility in select journals should not be an automatic barrier to promotion, especially if there are other compelling factors in the candidate’s favour.

Professor Ali Mazrui, one of the most celebrated African intellectuals of the 20th century, became professor within two years of submitting his doctoral thesis.
Others have become professors even without having submitted a single journal article, but having exerted themselves and impacted their discipline in a way sufficiently recognisable by their peers.

On a lighter note, George Osborne, the former UK minister of finance, graduated in history, but made sufficient impact on public finance and economic affairs in government, that despite only reading history, with no postgraduate qualifications and no journal articles to his name, he was appointed honorary Professor of Economics by the University of Manchester soon after leaving office in 2017.

Yes, that is an aberration. It is not a benchmark for anything in particular, but the point there is clear. Drawing the right circle which encapsulates all the relevant attributes for a professorial award, including quality publications, is tedious. It requires deft, dispassion and foresight on the part of the awarding panel.

That said, the circle can neither be too flexible, nor too rigid. The criteria for an award of academic honour must never be set in stone; it is a moving goalpost.

How Corruption Damages a Society