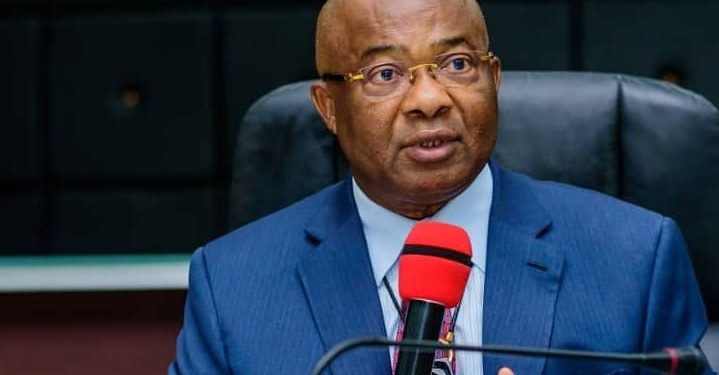 Fourteen days after Imo doctors under the auspices of Nigeria Medical Association (NMA) embarked on strike to press home their demands for improved healthcare system in the state, mute has been the word from governor Hope Uzodimma and his team. This speaks a lot on the importance attached to the health of Imo people by the government. The government is instead focused on what goes on in the rerun of Okigwe senatorial election while our people are dying.

Expressing their grievances in a radio program, officials of the association led by their state chairman stated that their grievances include non-payment of doctors’ salaries since March, infrastructural deficiencies, and loss of accreditation, cut in salaries of doctors. Others are refusal of government to adopt the current Consolidated Medical Salary Scheme (CONMESS) in paying their salaries.

Looked at on their merits, each of the issues raised by the doctors have grave consequences for the survival of our health care system, the medical profession and the well being of the citizens. They are issues the government is expected to tackle with dispatch if it seriously appreciates its responsibility of protecting lives.

We need not recount at this point the importance of a healthy population which in turn produces a productive population. A diseased workforce can hardly contribute to the much trumpeted national development.

The loss of accreditation since four years means that more students are no longer admitted into the medical college. Those are three or four sets of students since then that have stagnated. The implication is that the chain is broken in the line of producing succeeding doctors. As people are retiring from the system how is the gap being closed?
Imo is a high producer of raw materials that feeds the higher schools population in Nigeria. In an era and in a society where each government pays attention to its own people, Imo students qualified as they may be would lose chances of entering higher institutions as early as they would wish. Many may be distracted by negative social tendencies and the society would lose their contributions.

It is never cheering news that Imo State government is not capable of running institutions to absorb its students. It is clear that the government lacks any idea about the importance of planning and the benefits derivable there from. It raises serious concern over the much trumpeted promises of the government to care for its citizens. Sadly, the perpetrators of this anomaly have their children studying outside the country.

We must never fail to point out that the government by its own action and inaction is killing the health system in the state. Failure to honor its obligation to the doctors will trigger a brain drain because the available hands will seek greener pasture elsewhere while it will be unable to attract any from other regions.

The training of medical doctors is a rigorous and time consuming skill which is not easy to accomplish. The doctor patient ratio in the country is a far cry. While the government is not able to close the gap it is shocking that it is creating more opportunities to widen the gap. The loss of human lives which is ongoing will whittle down the productive capacities and create more hardship as those depending on the deceased will suffer more and depopulate the society.
It is clear that the much trumpeted 3 R’s is only designed to deceive the people. The so called mantra is contrary to the realities on ground. Is there still HOPE for Imo people?

Igbo must do things differently to succeed in Nigeria – Uzodimma