Shouldn’t we impeach this Imo speaker? 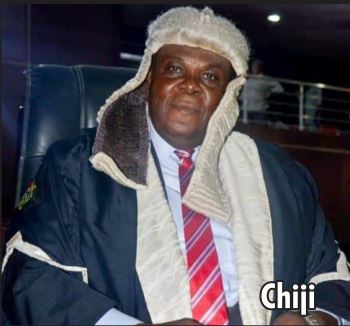 Given the manner our state is run it is pertinent to assess the roles of each of the governance structure in the state with a view to ascertaining who has done what in sinking or elevating the state. The Imo speaker in recent times have been in the news for some time controverting the position each time.

The legislature is part of the tripod in the governance structure that drives any democracy. Its role cannot be over emphasized. It is reckoned to be part of the checks and balances among the other two parts-the executive and the judiciary. Where these bodies are performing their duties effectively and efficiently government is reputed to be delivering on the expectations of the people. Thus, it becomes easy to appreciate the important roles the Speaker of any legislature plays in a democratic setting.

Last week the Speaker of the Imo State House of Assembly, Rt Hon Chiji Collins was reported by an Owerri based tabloid to have stated that the former governor provided them with refurbished cars. This is against the background of the newly acquired fleets of buses, Prado jeeps and Hilux cars the Imo State governor, Senator Hope Uzodimma provided for his aides and also for transporting of Imo civil servants to work.

This comment has attracted widespread reaction from here and there especially his fellow legislators, the opposition parties, and well-meaning Imolites. The minority leader in the Imo legislature has taken him to task and challenging to prove his facts because according to him the facts he laid bare put a lie to his claim. The Speaker is yet to neither respond to his colleague nor seek to refute the charge or any of the reactions suggesting that he actually made the comment.

The common question worthy of repeating here playing in the mouths of people is why the Speaker kept mute to such criminal behavior of the past governor if that was the fact before making the revelations now. This is against the backdrop of the exalted position of the Speaker who is presiding over the Assembly of Imo people and which entrusts upon him the onerous task of protecting the 5 million or more Imo people.

While many have viewed the Speakers opinion as a very serious infraction for which he should be called to book others hold the opinion that he may have deliberately made the comment to discredit the former governor and win the favour of Governor Uzodimma. This is also believed to be very petty, childish or uncalled for if that was the reason. Where lays the integrity of the Speaker many are asking.

If such a serious criminal conduct could freely pass with his full knowledge it means he was complicit to the crime. Who knows how many of such infractions have sailed through unreported. The Speaker is clearly in breach of his oath of office and should be called to book to act as a deterrent to others. This is a matter that should not be swept under the carpet nor be treated as a family matter as political parties are used to doing.

The government as well as the security agencies should swing into actions and do the needful. News Echo notes with dismay that this is not the first time that the Imo Speaker is taking a jolly ride into controversy. It would be recalled that not long ago at the height of government’s indebtedness to the legislators and civil servants, the number one legislator came out to give Gov Uzodimma a clean bill, that he does not owe any legislator.

This again was promptly debunked by his colleagues who swooped on him to put a lie to his claim. These actions to say the least are quite embarrassing not only to himself, his office, his constituency and the entire people of Imo State. Trading on lies is a very dishonorable conduct that is clearly un-parliamentarian and unbefitting of a public officer. It is capable of various interpretations.

The Speaker has been hugging the headlines for the wrong reasons in the recent past and many have become quite uncomfortable about it. He has received a breathing space seemingly since the matter has been dragged to Court because of alleged certificate forgery. It has remained an issue that would never go away as his detractors intermittently throw up the issue.

Not so long ago he presided over a caucus meeting during which a female legislator was assaulted and injured with bottle. The matter only got calmed down when the governor wielded the big hammer threatening action against the dramatis personae because the party’s name was being messed up.

All of these issues do not put the Speaker in good stead given his supposed role in our democratic practice. Imo people are uncomfortable with the dispositions of the Speaker and the legislature so far on welfare issues affecting the citizens of the state. In spite, of the complaints arising from unpaid civil servants, pensioners and other critical matters the legislature is never heard or seen or seen to have spoken in favour of the people.
Feeling the pulse of the people it is clear that Imo people including the legislators themselves are dissatisfied with the state of activities in the state. The speaker who should be standing for the people appear so far away from the people. If he is not standing with the people shouldn’t we impeach him?

A good man bows out

Imo disabled persons to be trained on skills