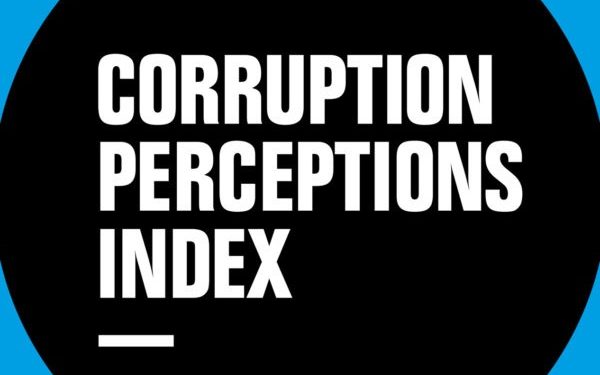 Recently, the 2021 Corruption Perceptions Index (CPI) released by Transparency International (TI), showed that corruption is on the increase in Nigeria. The country scored 24 out of 100 points in the CPI 2021, which is one point less, compared to the score of 2020.

In the Corruption Perceptions Index 2021, Nigeria ranks 154 out of 180 countries and territories, falling back five places from the rank of 149 in 2020.

Also on its website, Transparency International explained that Nigeria hit a historic low on the 2021 CPI. The CPI is TI’s tool for measuring the levels of corruption in the systems of various countries around the world.

Today, I am going to talk about one component of the factors, which is shrieking civic space. Citizens everywhere are finding it more and more difficult to have their voices heard. All over the globe, peaceful protesters are brutally attacked, investigative journalists are threatened and organisations promoting rights are raided or shut down.

While many activists are attacked because they fight to defend the rights of minorities or oppose brutal dictatorships/bad leadership, a growing numbers are targeted because they seek to expose corrupt politicians and officials who abuse positions of power for personal gain.
Much like corruption, civic space violations are now perpetrated in all parts of the world – rich and poor, democratic and authoritarian countries, especially in Nigeria.

There are two types of poverty, metric and non-metric poverty. Non-metric poverty is one in which the citizens cannot speak, their voices have been taken away from them by way of harassment, intimidation among others.

When the civil society organisations, do not by virtue of suppression, violation and attacks or threat of attacks, could not express themselves, protest against bad leadership, it leads to corruption because the elected representatives will continue to hold sway abusing public offices.

The elected representatives may enjoy the lure of the moment while the civic space is shrieked. But as time goes on, such like Transparency International has done, what savored them in the comfort of the offices/homes, will certainly saddened them. Unfortunately, the generality of the public bears that negative tag of a corrupt country and the world looks at each person from that prism.

The civil society organisations must not stop to place their positions on some policies that are anti-people. That role saves the states and the country from the embarrassment of continually go up the ladder of corruption.

Apart from the fact that international agencies/donors do not stake a fortune in a state whose civic space is not open for citizens’ participation. When that’s not done, the multiplier effects of the benefits of their investment/grants are denied the citizens.

Today, investment keeps going to Enugu and Anambra states in droves because the civic space is not shrieked. International agencies/donors flood into these states with huge investments. No wonder the states are doing well in terms of civil society practice than other states.