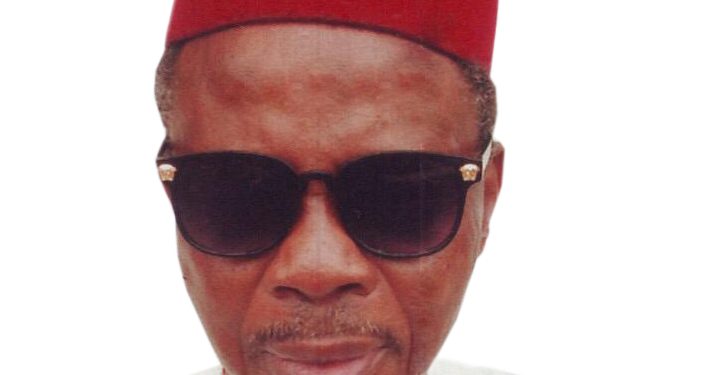 When the management and publishers of the News Echo news paper requested me to be contributing weekly articles to their young tabloid published in Owerri, I was not only delighted but enthusiastic because, it will give me an opportunity to showcase my in-depth knowledge and interest in various cultures particularly the Igbo culture.

Although I have been active in writing on other political, social and economic matters, I have not been particularly focused on issues of culture.

One of the reasons why I was enthusiastic to write on this column title “ECHOS OF CULTURE”, is that I believed that, in fact, no matter how knowledgeable we are in other disciplines according to former president of Mali,

“Modibo Karita” said, “The beginning of knowledge of anybody should be the person’s culture” also according to many sociologists, “Culture is the way of life of any ethnic nationality.”

Without blowing my own trumpet, in the course of my doctorate degree program many years ago, I was privileged to study a lot of world’s cultures particularly those in Africa, Asia, Latin America, Black America, and many others in developing countries of the world.

So, in this column every week, I will share my education and knowledge as they pertain to cultures.
Therefore, I am exceedingly grateful to the management and publishers of the News Echo Newspaper when they asked me to choose the title of my column.

After reflecting and considering other options, I decided to go with the title, “ECHOS OF CULTURE.” Thus, by the grace of God from now on weekly, I will be discussing various aspects of world cultures.

But more importantly, my own culture, the Igbo culture; this will help me to educate our people especially younger generations who intend to play down on our culture. After all, if one does not know one’s culture, one may be dwelling in an unknown life.

I hope that by writing mostly on my people’s culture I will add value to the knowledge of my race in their activities in many aspects of Igbo life.

This will include; marriage, birth, death and other various cultural behaviors and practices such as festivals, folklore, myths and many other cultural practices.

I am motivated by the same zeal with which I wrote one of my first earlier publications entitled, “Foundation of Igbo Tradition and Culture” which has been used by many universities at home and in Diaspora. That book enjoyed popular demand and up till today is been sought for. (Few copies are still in my office)

In that book, it discusses myths surrounding kola nuts, traditional marriages, processes and procedures, list of Igbo names and their ontological meanings, proverbs, etc. Since the publication of that book (foundation of Igbo tradition and culture) few years ago, it has served many scholars in their academic enterprise.

In addition, many traditional rulers, palace secretaries and community leaders have found the book very useful because it discusses several elements of traditional government.

What is more, it contains vital discussions on community government administration which many community leaders and other community dwellers need to perform their functions effectively well at the community level. This book, indeed, have been useful to students of government particularly those trying to read more on our culture.

In addition, several aspects of Igbo tradition and culture were discussed. Unfortunately, it is disheartening that our people – the Igbo tend to ignore the essential ingredients of their culture in preference to other cultures. It is for this reason that many organizations have recently emerged with central objective to promote the Igbo language and culture. 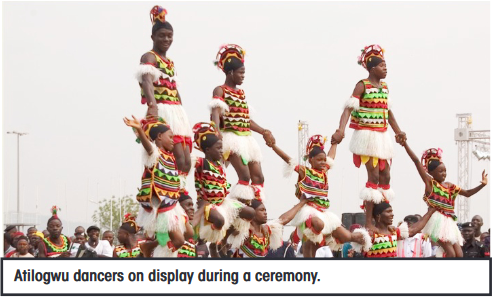 It is my candid hope that as we concentrate on the issues of culture in this column every week, we shall be expanding the horizon of the understanding of our culture in a wide culture

Therefore I take my readers on a trail of Igbo cultural voyage, I am sure that our readers will be looking forward to what I will discuss in the next edition should be the main attraction for this column.

It is shocking and abhorrent to observe that many of our people downplay the issues of our culture.
I have travelled far and wide and have interacted with peoples of various cultures. Most of them are inclined to the preservation of their culture.

For example, when I visited Brazil about the time to complete my masters degree through the instrumentality of my colleague who came from an affluent family on reaching Brazil I was shocked to observe that he came from a village known as Ijesha.

As we all know, Ijesha is a town in Yoruba land. Their dialect is that of Yoruba. They communicate in Yoruba language and cherish the Yoruba culture almost 100%. Their food, communication and arts and culture are ultimately Yoruba.

They dress like the Yoruba in Nigerian. In fact, except that they are no longer Brazilians because one will think they are Yoruba.

They eat Yoruba food which they prepare and cherish. Furthermore, when I want to Louisiana, I found some girls practising an Igbo game known as “Ugah” the same way our children in Igbo land play Ugah. In fact, I was astonished. Up till today these descendants were definitely from Igbo.

Even when I was working as a genitor for Oaklife High School District, our head of department Joe, displayed various attitudes and behavior which manifested the Igbo person in him.

Not quite long after I had interacted with him I told him that from all indications you must have been a descendant of Igbo parents.

Honestly, he did not argue rather he told me that many Nigerians he had interacted with had made similar comments about him.
In fact all over United States, West Indies and Caribbean’s one will see the manifestations of West Igbo, Ishekiri descendants whose great great parents came to the United States. Most of them were proud to be associated with Nigerian cultures particularly, Igborians of food and cultural practices.

Furthermore it has been said times without number that the Ewe –a tribe in Ghana have a lot in common with Igbo Tribe. Finally, I invite readers to ask questions on any aspects of my contributions.

And I promise not to ignore any commentary (my phone number, whatsapp number and email address will be contained in the column.) To God be the glory and to the publishers and management of News Echo we say “Thumbs up.”

Exactly what are the Features of any Info Control Choice?