It is not a curse to be single 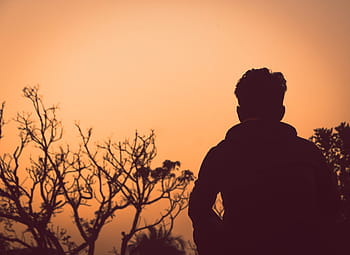 0
SHARES
223
VIEWS
Share on FacebookShare on TwitterShare on Linkedin

In our land today there is a way that men and women who are not coupled are looked at. Different people hold different opinions about them some of which seek to mock and embarrass them.

This situation is more pronounced among women. Today we have a lot of unmarried marriageable women in the society majority of who may have outgrown their prime. In some cases, some may have even attained menopause.

Cultural and religious factors and indeed social consciousness may have largely accounted for the negative perceptions among unmarried persons in the country. Even with the level of education and sophistication pervading the environment some persons in this category are still being perceived as rejects and unworthy of marriage.

Reasons many people remain unmarried after their prime are varied. Some could range from people refusing offers because they may have set their expectations on their would-be spouse so high and are not seeing same. Some could draw from incompatibility in faith and behaviour, lack of opportunities, lack of money to embark on the journey if a man, personal choices, spiritual causes among numerous others.

Today we are seeing a lot of people opting out of marriage and preferring to remain single parents. This is more pronounced especially among the educated and elite group who may later find themselves incompatible to soldier on irrespective of the challenges rather than take the ‘shit’ coming from such relationships. The people usually found here are the working class who are not ready to sacrifice their freedom or convenience for anything.

Today the desperation to get married among young people has reached an all-time high leading many woman to engage diabolic means to trap their husband ‘for better for worse”. Such marriages are never sustainable and crash sooner than consummated. The churches preach that there is a man for a woman and vice versa and that sends a wrong signal that everybody must marry. This view buried in the minds of the adherents begins to seek expression.

Desperation is also caused by the social consciousness which holds that people must marry otherwise they are adjudged ineligible by virtue of their character which disqualifies them. On the contrary, we have many ladies with excellent behaviour, beautiful, resourceful, and willing to marry and with everything going for them yet remain unmarried. But, is it possible for everybody to get married?

This opinion though realistic may sound very unpopular if it is said that the church significantly has contributed to the present glut of women which is creating social crises everywhere. Their insistence on monogamy which is part of the western culture we have imbibed through them is alien to us and contradicts the polygamy which is part of our culture.

They created units to pray for people seeking couples. It is not surprising that our women continually keep vigils in churches praying for their husbands to come until some get frustrated.

There are many men who can take up to five wives if we have sustained our culture of polygamy, but we chose to live a lie and in deep hypocrisy.

While the young women are not prepared to ‘share their man’ as they usually say but are prepared to function as a side chick to men who can comfortably keep them at home and fend for them.

It is saddening when we see the level of abuse to which women through whom are subjected. It is terribly to learn what our young women and even adults do with their lives in foreign lands.
In a typical Igbo society, it is believed that one reason everybody must marry is to bear children that would nurse the parents at old age.

Children are highly valued and seen as part of the achievements expected of anybody. Anyone not meeting this expectation is seen as irresponsible, in extreme case an ‘efulefu’-a worthless person or unfortunate person. In some places people still feel that such a one may be cursed.
Most women and men who are not able to get married are also believed to have been stopped by their spiritual husbands and wives.

The churches and traditional practitioners believe that by doing the necessary prayers and sacrifices they can be relieved of this challenge. There have been testimonies by some who have received this blessing while those who may not believe they are under any influence of anything live their lives as they see it.

Contrary to the widely held views among society folks, being single in my own thinking is not an issue. We have become more sophisticated, educated, exposed, and westernized that it has become more fashionable now to become single.

People are now changing their views while the very conservative and religious ones still see it as a big issue. Who says that you cannot get a life being single? I have come across persons especially women who rather than compromise their happiness and security have opted to remain single

I vote for single parents absolutely. When you are single you are not confronted with the burdens that go with married life. Many people are married and living a lie, living in bondage rather than opt out to have their freedom.

They are worried over what becomes of their fate if they quit such relationship. They are dying in silence. When you are single or as a single parent your freedom is not compromised. They can work hard to close the gap of financial insecurity which is the main reason women cling to most unsuccessful union. After all today women are sustaining many homes.

The men and women who mind getting someone as offspring to replace them to continue his/her lineage and not get blurted out from existence have resorted to close the gap through adoption. Although adoption is alien to Igbo culture it is now practised as a solution to the challenge of infertility and for the singles who want children.

Try and get better in your chosen endeavor. When you succeed nobody will ask if you are married or not. They will surge towards you. If it did not work for you, you can choose to be single. Your desperation to attach may cost your happiness.