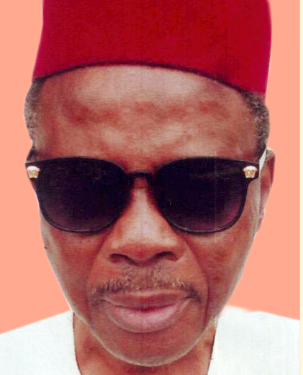 In nineteen fifty-six (1956) after I had completed my primary six education at St. Mary’s Catholic Primary School, Aggrey Road, Port Harcourt, due to the fact that I was an indigent pupil and could not afford to take up offers of admission into Stella Maris College, Port Harcourt and St. Patrick’s College Calabar, I resorted to self help by opening a stenographic school in Diobu.

In the first year of the school, one young man came in to be part of the first batch of students to enroll in that my commercial school. During the preliminary interview preparatory to enrolling him, he gave his name as Friday Nwobuike. I tried to correct him by telling him that the correct thing is Nwabuike, he protested by telling me that his surname is Nwobuike and not Nwabuike.

I registered him with his preferred name Nwobuike and not Nwabuike although the encounter was instructive to me, nearly seventy years on, that incident resonated to me when I read an article in one of the local newspapers an article entitled, “Ikwere people are not Igbo” by one Andy Wabali.

As one interested in Igbo culture, I took special interest in reading the article. The purpose of this is an attempt to disagree with the author to the fact that by all anthropological interpretation or ontological meaning of the word Ikwere, the people of Ikwere may not be Igbo but they have strong affinity with the Igbo. The dissimilarity is very tenuous.

According to the author of the article being discussed here, he should have told our readers that since Ikwere people are not Igbo, who are they, perhaps Ijaw, Ogoni, or Ibibio?

Unfortunately, one of the commonest mistakes some scholars particularly social scientists make is to often juxtapose some concept where they do not suit or belong.

In his effort to prove that Ikwere people are not Igbo, Andy Wabali postulated that the term Igbo is a trade name but did not say by whom. It is a well- known fact that the commonest and simplest way to identify ethnic or tribal group is by using cultural indices and affinity. Undoubtedly, cultural patterns of indices would prove or determine the ethnic or tribal definitiveness of a group.

And such indices of culture must include language, which is the beginning of a person’s cultural base. For example, if three persons of different cultures stand together, the first form of identity would be their costume or mode of dressing. If they remain mute without altering a word, their mode of dressing will be the only item to identify them.

The second could be their names, but the most conclusive indication would be the language they are speaking. The next cultural indication will be if the three persons were asked to give their names. If for example they give their names thus Musa, Adeleke and Chibuike, one would not find it difficult to identify them as Hausa, Yoruba, and Igbo respectively.

Yes, I agree with Andy Wabali that the term Hausa Fulani is a

misnomer because it links two groups into one. Because Hausa is a tribe and Fulani is a different tribe. The concept was brought about through post independence politicians to over blow the population of the Northerners. But they have not succeeded because both a Hausa person and a Fulani would insist on his own separate identity.

The same rubbish is when the people lump every group in the North as Hausa. No, that is not correct because in the North we have Hausa, which is the largest group, Fulani which is presumed to be the second largest group. But to me, there is no empirical evidence to show that the Fulani tribe in the North is larger than the Kanuri from the far North or even larger than Tiv or Idoma even if such assumption is properly made.

In Plateau alone, there are so many ethnic groups, but politicians call them Hausa. More often, if a Nupe person from the North is called Hausa, such a person if he has the energy to argue will argue to rebuff the fact that he or she is not Hausa but Nupe.

Unfortunately, one of the albatrosses of our social history is the failure of our governments to use national census enumeration to identify groups appropriately in order to continue the conspiracy against the Igbo because the Igbo population in this country remain huge and therefore under counted.

Why is the subsequent Federal government afraid to properly enumerate the various tribes during each head count?

I have seen evidence that the population given to the North at pre-independence was evidence of the colonial conspiracy contrived to put the Igbo and the Yoruba population down in order to perpetually place the Hausa- Fulani population to continue to perpetuate Hausa –Fulani hegemony on other peoples of the Nigerian nation.

Now back to the issue of our discussion, one may ask, when did the issue of whether the Ikwere people are Igbo or not begin? It began to assume prominence immediately after the civil war when the Igbo were regarded as hunted species in Nigeria.

More so by people of disgruntled so-called advocates of Niger-delta people particularly late Ken Sarowiwa who needed a platform to promote his Igbo phobia propensity.

I lived several years in Port Harcourt until we were forced out in July 1968 by the Federal troops. Throughout my life in Port Harcourt, I knew a place called Umueme, Umuobiakani, etc. but when the spirit of nationalism took over the mental rationality (IKwereism) of the Ikwere land, they began to change some of the names by adding “R.” for example, to them, Umueme became Rumueme, Umuobiakani became Rumuobiakani, Umuola became Rumola, Obigbo became Oyibo, etc. These were naïve efforts to obliterate the importance of the contribution of the Igbo.

One thing they forgot to do was to change salt water of Port Harcourt which is tributary of Atlantic Ocean to Nta- nwogba a small stream in the heart of Diobu. Unfortunately, modern generation of Ikwere thinks that they are hurting the Igbo, no, they are not. It is only when you begin to underrate the importance of a group, a tribe that series of incantations begin to emerge.

One thing I know about Ikwere people is that they are by and large intelligent persons like their kit and kin the Igbo. Many years ago, I knew a good number of intellectuals and eminent persons from Ikwere such as Late Emmanuel Aguma, Obi Nwali, and Barr. Nwanodi and many others. Before the civil war, many Ikwere sons and daughters mingled and worked together with the Igbo whom they referred to as “STRANGE ELEMENTS.”

Furthermore, the narrative comparison by Andy Wabali of the Scots or Irish is not necessary because those groups do not exist in perpetual fear of domination. In fact, Andy Wabali does not need to spend time and effort to talk of whether Ikwere are Igbo or not.

My own postulation is that if according to Wabali Ikwere people are not Igbo and nobody is lording it over them to become Igbo because Ikwere people have more important things to do or think of such as maximizing the potentialities of God’s given minerals which are being exploited by the northerners instead of wasting time on a mere classification of whether the Ikwere are Igbo or not.

No wonder Rotimi Amaechi who I have come to regard as Igbo-Yoruba or according to Wabali is working hard cracking his brain on how to extricate himself from Igbo cultural appearances. But does it matter? The most important thing is for both the Igbo and the Ikwere people to find things that unite them and not to find time fishing out things that distinct them.

I stand to be corrected if there exists more Ikwere male and female who have been engaged on exogamous marriage than any other group in Nigeria or eastern region. Even if we go into details of cultural breakdown, the Igbo and the Ikwere have a lot, absolutely a lot in common. They should explore and exploit these to favor their true nationalities because nobody should waste any armpit sweat talking of the similarities or dissimilarities of Igbo and Ikwere ethnic nationalities.

5 reasons why you should eat cucumber at night

5 reasons why you should eat cucumber at night