2023 and imperative of political restructuring 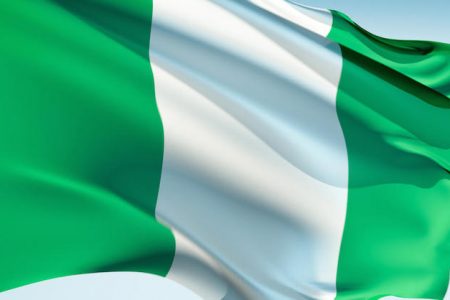 The handwriting is on the wall, for the imminent break-up of the country called Nigeria, as it was during the Biblical time of the wild party-loving King Belshazzar. But some greed-driven and power-poaching political leaders, based on what William Shakespeare’s Macbeth called “vaulting ambition that falls on the other side” insist that the country is unbreakable!

I wish I could laugh louder in response but what do we make of the ever-escalating wave of the agitation for a Biafra Republic by the proscribed Indigenous People of Biafra? And what about the discordant tunes triggered by some leading Yoruba socio-cultural groups over the creation of Oduduwa Republic? While the Prof. Banji Akintoye-led body insists that not even the police could stop the ongoing agitation for Oduduwa Republic, the Secretary-General of the Yoruba Council of Elders, Dr. Kunle Olajide, dismissed speculations that the South-West would break away from Nigeria and form a Yoruba nation. He contended that having a Yoruba nation at present is unrealistic. He added that it is not the solution to the myriads of challenges facing the nation.

Up North, the coming on stream of the Middle Belt Unity Forum as well as the announcement of the birth of the North Central Peoples Forum means that the zone is “finally breaking away from the stranglehold of the core North”.

Truth be told, there have been feelings of mass disenchantment, aggravated by the killing spree in Benue State by a majority of people in the geopolitical zone. They are tired that the North- Central has been tied to the apron strings of the North to the detriment of its development. Simply put, they no longer want to be used as “willing tools” to satiate the core North’s unrelenting ambition to hold on to the levers of political power at the centre for eons!

Not long ago, the Southern and Middle Belt Leaders Forum called on the President, Muhammadu Buhari and the ruling All Progressives Congress to heed the counsel of the two elder statesmen, his predecessors, Yakubu Gowon and Olusegun Obasanjo, to restructure the country.
They urged Buhari and others at the helm of affairs to look beyond “temporary gains of power and heed the advice to set this country on the path of negotiation, inclusiveness, and a federal constitutional order.”

In supporting the restructuring agenda for the nation, it was agreed that the northern elite and political leadership should improve “their levels of sensitivity to inclusiveness and management of the North’s pluralism.
“The North will be stronger if it addresses its internal weaknesses, particularly around ethno-religious matters, as it relates to its challenges with the rest of Nigeria.

But the group gave an interesting condition that, “The North will not be stampeded or blackmailed into taking major decisions around rotating the Presidency. The North draws the attention of the country to the inherent fragility of the Nigerian State.”

The germane reasons fuelling the agitation for the break-up of Nigeria are of fundamental significance, which must be frontally addressed.

What about the sleazy amnesty offered to the so-called “repentant terrorists” many of who have maimed, raped and killed thousands of innocent citizens, all from the public till? How do we justify the openly nepotistic political appointments, including those for the juicy top security officers and the NNPC helmsmen skewed in favour of northerners?

All these actions ignite pent-up anger from the southerners who feel openly robbed. If we do not make such desirable institutional and psychological paradigm shift, there may be no credible and peaceful elections, come 2023.

A restructured Nigeria now would calm the frayed nerves of the determined agitators beating the war drums, re-invent the wheel of healthy competitive spirit for self-development at the geopolitical zones and give us a more peaceful Nigeria. The time to act is now!