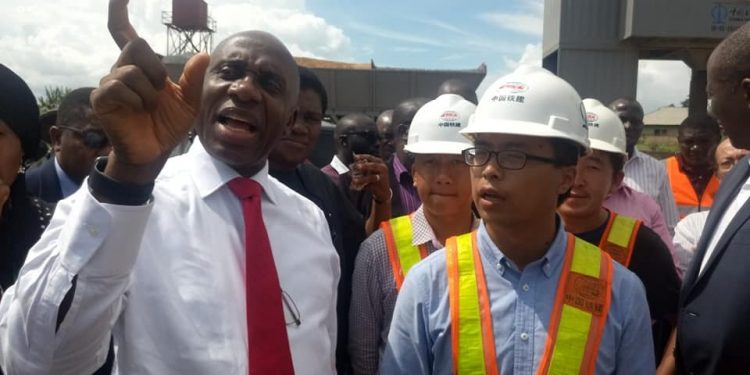 Imo State Government has mandated Chinese Habour Engineering Company, the contracting firm, formally handling the Nekede-Ihiagwa Road contract to refund the mobilization fee paid to it by the state government.

This development was communicated to newsmen by the Commissioner for Information, Declan Emelumba who briefed government house correspondents after the state executive council meeting on Wednesday October 28.

Emelumba said the Attorney General of the state was mandated by the exco to write the bank which guaranteed the company to impress on the company’s management to return the mobilization fee paid to it, recalling that the contract was terminated because the contractor was doing poor and shoddy job.

Other decisions of the exco according to Emelumba included; warned all principals of schools that government has not approved the collection of any form of levy and that any principal found collecting any form of levy, including for Covid-19 preventive materials, will be severely dealt with.

The exco according to Emelumba, placed a ban on all illegal mining in the state. He said exco also set up a committee, headed by the commissioner for special duties, Hon Eugene Dibiagwu to collect data on private secondary schools in the state, so the government will have accurate data of private schools.

Adding his voice, Commissioner for Finance, Chucmeka said the state government was working on its annual budget which he said will, in a week’s time, be presented to the state house of assembly, an effort he said was geared towards ensuring the 2021 budget is passed before the end of the year and signed by the governor.

At 60, Nigeria is work in progress – Cajetan Duke