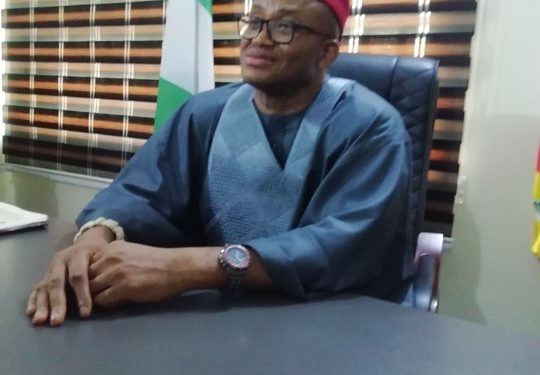 Anambra Central Senatorial hopeful under YPP, Dr Chinedu Umeadi has revealed the first two bills he will sponsor if he wins as a Senator.

Addressing journalists at his campaign office, Thursday, November 24, Umeadi stated that he will sponsor the bill to prohibit strike action by the medical unions and the higher institutions.

He decried the plethora of damages strike actions by workers in the medical and educationals institutions cause to the society especially among the young folks insisting that it is not supposed to continue if we want a better society.

“I have seen good girl go bad, good boys derail because of strike action. 2 years were stolen from my academic pursuit as a student. While I will ensure we have a discussion with the medical practitioners and university workers with respect to continued improvement of their welfare, I will sponsor a bill that will make strike actions by unions a no no.”

Umeadi also described the political times as a critical one where the voting masses have shown disgruntlement for the recycled politicians and want an injection of a new breed of politicians who will change the narrative of politics in the country.