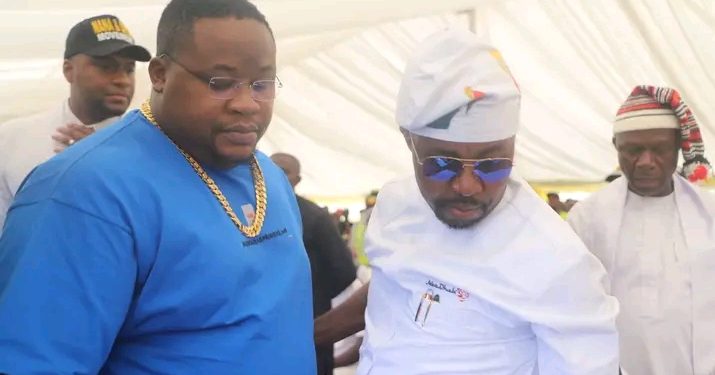 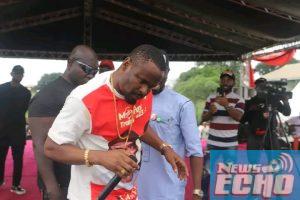 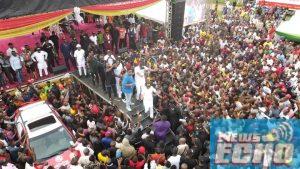 The Enyimba City of Aba on Saturday witnessed what many have described as a political tsunami in waiting for the two major political parties, the People’s Democratic Party (PDP) and the All Progressives Congress (APC). The city of Aba was completely shut down when the Young Progressive Party (YPP) Governorship candidate, Engr Nana Nwafor, his running mate, Dr Chima Anyaso, the Senatorial, House of Representatives and House of Assembly flag bearers of the party were unveiled at the Ngwa High School Abayi Aba.

The occasion attracted the presence of Umuhu-Okabia, Orsu LGA of Imo State-born hospital mogul and socialist, Chief Pascal Okechukwu (Cubana Chief Priest), Ozubulu, Ekwusigo LGA of Anambra State-born Nollywood icon, Azubuike (Zubby) Michael and the Aba born hip hop star, Emelogu Muruako (Ruffcoin Nwa Aba). One of the shocking events on the occasion was the open defection of prominent youthful politicians in the state who dumped their political parties to team up with YPP as the 2023 elections approached.

Among those who defected is the current elected Obingwa Local Government Area Chairman, Chief Michael Ibe Nwoke who declared that he is now a member of the YPP, despite still serving as LGA chairman which he won under the PDP. Nwoke, a former member of the ruling People’s Democratic Party (PDP) and other prominent members of the PDP and APC said they decided to join the YPP because of the vision of the party for the state.

One of the decampees and sitting Councillor in Osisioma Ngwa council, Hon. Ikechi Ishmael said he had declared for the YPP with some of his colleagues in the legislative council. State chairman of YPP, Mr Nelcin Uluocha, who welcomed the former PDP members, commended them for joining the YPP to rescue the state from what he described as bad governance. He disclosed that many other Councillors from Obingwa, Aba South and Aba North council Areas had also joined the party.

The National Chairman, YPP, Bishop Amakiri, said the party has fielded quality candidates who will take over the governance of the state in 2023. In his remarks, the governorship candidate, Engr Enyinnaya Nwafor urged the people of the state to support the party and pledged to do a new thing if elected governor of the state. “A new thing will happen in Abia State if I’m elected the governor of the State. We will restore the dignity of man, to the glory of God in Abia.

“I pledge that we will not fail you, we do not take your love and support for granted. We will do all we can to wipe away the tears of teachers, civil servants, pensioners and the youths. “I have prepared for this office I’m running for the past seven years, we will create wealth and massive infrastructural development in this state. Go home and thank God for hope has come to Abia State.”

In his part, Cubana Chief Priest reminded the mammoth crowd that despite hailing from Imo State, he was born and bred in Aba and will want nothing than a better government for Abia State. He urged the youths to reject the Government of the old people which he declared fraudulent and deceitful, stressing that the government of youths that the YPP will offer to Abians will be the best.

The Chief Promised that he and other supporters of the YPP movement in Abia State will sponsor the flying of drowns in all the pooling units in the state to ensure that there will be no stealing of votes and any manipulation of whatever kind so that the people’s choice will emerge victorious. The highlight of the occasion was the giving away of a brand new Lexus Jeep to a lucky winner by the Chief Priest who demanded that people with their Permanent Voters Card (PVC) should present it of which the lucky winner was among those who came out with their PVCs.