Police challenges will be addressed if given mandate – Accord presidential aspirant 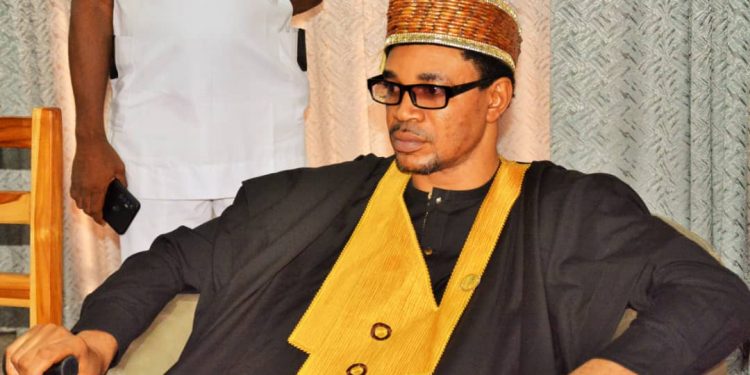 The Accord Party Presidential aspirant in the coming 2023 election, Dr. Solomon Uchenna Winning has assured that the challenges facing the Nigerian police during exercise of duty will be corrected within the first six months if given the mandate to preside over the affairs of the nation.

He also observed that cases of professional misconduct among some policemen in Nigeria were due to the failure of the Police authorities and the Police Service Commission to adequately provide for them considerable welfare packages, that will boost their morale in the discharge of services to the citizenry.

Ag. Media Director, SUWP, Nze Nweke Nweke in a press statement made available to News Echo said, “Dr. Wining stated this while interacting with his media crew in his Abuja office, adding that the welfare challenges presently confronting men of the force will be properly addressed within six months if he is given the mandate to govern the country”.

Dr. Wining, who is an Archbishop, urged men of the force to always resist any temptation that could lead them to unprofessional behavior, which, according to him, may tarnish the good image of the force. While calling on President Mohammadu Buhari to quickly improve the pay package of policemen, considering the high inflation in the country.

According to the statement “We are saying that policemen are taking bribes, in as much as I am not supporting or encouraging kickback of any nature, we should put into consideration what a policeman takes home at the end of every month. Remember we buy from the same market with them, we shop in the same shopping mall, our children attend the same school with their children, therefore, tell me how they will cope with the inflation in our nation.

“In other developed countries, policemen are among the best-paid jobs but here, the police who serve, twenty hours receive peanuts at the end of the month and I suspect that the unprofessional misconduct within the police cycle was often due to the poor salary of the men of the force.

The Presidential hopeful however, appealed to the Nigeria Police authorities to redouble their efforts in the area of providing security services to the citizenry. He equally prayed for his victory in the forthcoming presidential election in the country so that their plight will be addressed.

Locate a Foreign Star of the event Through Mailorder Brides

Locate a Foreign Star of the event Through Mailorder Brides

OUR EVER PRESENT GOD