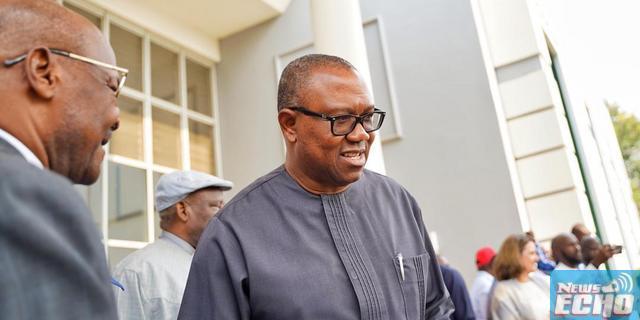 Former Anambra State Governor, Peter Obi, has emerged as the presidential candidate of the Labour Party ahead of the forthcoming general elections.

The former governor clinched the Labour Party’s ticket barely a week after he announced his resignation from the Peoples Democratic Party (PDP), as well as his withdrawal from the primary election of the main opposition party.
In a letter dated May 24, 2022, he lamented that the recent developments within the PDP have made it practically impossible for him to continue participating and making constructive contributions to national development.
According to Obi, the nation’s challenges are deep-seated and require profound sacrifices towards rescuing the country.

He informed the PDP leadership that he had conveyed his resignation to the Chairman of Agulu Ward 2, his ward in Anaocha Local Government Area of Anambra State.

Three days after his resignation, the former governor pitched his tent with the Labour Party, in his bid to succeed President Muhammadu Buhari in 2023.

He, however, advised his supporters to imbibe the spirit of sportsmanship and avoid name-calling or personal attacks on other aspirants and candidates.

The common goal, according to the presidential candidate, should be to make Nigeria better and elections do not need to be confrontational for a winner to emerge.