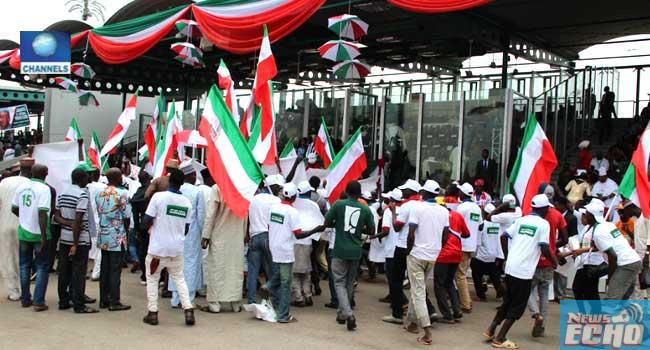 The rerun primary election was held on Sunday at the party’s Secretariat Owerri. Accredited delegates filled orderly as they voted. INEC, Electoral Committee Panel, security agents including journalists observed the process which was peaceful and successful with no challenge or hiccup recorded.

Returning the winners, the rerun Electoral Committee Chairman, Hon. Engr. Mukhta Mohammed Ahmed, noted that the exercise was peaceful, transparent and successful as contestants and delegates conducted themselves orderly and democratically. “There was no murmuring or challenge. The rerun was credible”.

Speaking, the candidate of the party for Orlu, Orsu, Oru East Federal Constituency, Chief Kingsley Onyegbule, promised his people of quality representation, saying he would help tackle insecurity at the area for peace and improved social living, remarking that his love for his people will increase having seeing him worthy for the position by voting for him in the primaries.

Just as the PDP for Orsu State Constituency Flag Bearer, Ifeanyi Destiny Nwadikwa, said that he will not disappoint his people if he is given the mandate to represent them in the Imo State House of Assembly in 2023, thanking God for the victory.

Also, the candidate of the PDP for Ahiazu Mbaise State Constituency, Hon. Engr. Rex Okoro, who polled 15 votes to defeat his opponent, promised his people of fair representation if voted in, expressing happiness about the peaceful and successful primary election, urging those who contested with him to join hands with him to enable him win the election for enhanced better living of the people of Ahiazu Mbaise who he described as godly and fantastic, hailing the youth of the area for standing by him.

However, the winners of the rerun primaries thanked the party for holding democratic primary election, even as they appreciated their supporters for being with them, vowing never to fail their people, but to follow democratic process and the ethos of the PDP in affecting their lives meaningfully.

Police arrest man over alleged murder of son in Enugu