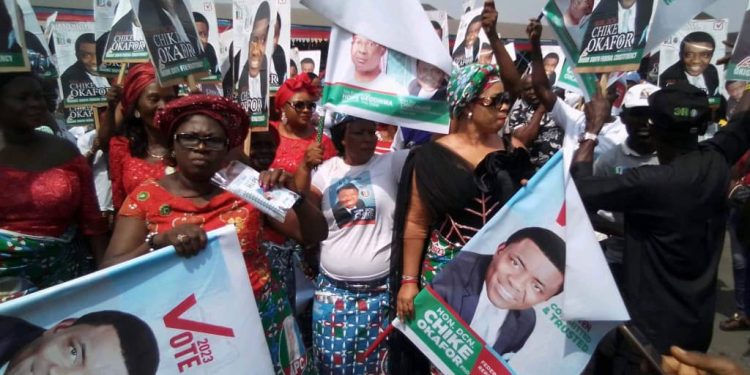 An APC stalwart in Obowo local government area of Imo State, Mrs. Chinwe Onwueyigba, says Hon. Chike Okafor deserves to be reelected for the 3rd term in office because he will do more human oriented things for the people of Ehime Mbano, Ihitte Uboma and Obowo Federal Constituency. 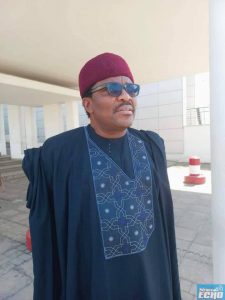 Hon. Chike Okafor is the Member representing Okigwe South in the House of Representatives. He contested the election in 2015 under the platform of APC and won massively. Now, he is serving 2nd term still with the APC.

Speaking to journalists in Owerri during the APC presidential rally last week, Onwueyigba noted that Chike Okafor being a pragmatic and charismatic politician is going to the National Assembly to consolidate his good, fair and quality representation of the people of Okigwe South especially in the areas of youth and women employment, empowerment and infrastructure.

She added that Chike Okafor has paid school fees for some students from SS2 till SSCE, offered free medication to indigent people, built houses to the lessprivileged, provided solar lights, pipe born water, renovated healthcare centres, attracted and rehabilitated roads, school, market buildings in Okigwe South, saying all these laudable feats are improving the wellbeing of the constituents.

According to Onwueyigba, “Hon. Chike OKafor is a very good man who has done so much verifiable projects for Okigwe South. He gave free medication to those who cannot afford it, he paid school fees for many bright students from SS2 to WAEC. Employed and empowered youths and women who are today making well”.

She therefore urged the people of Obowo, Ehime Mban and Ihitte Uboma to give their mandate to Chike Okafor to enable him win again, saying he will do more human oriented things that will benefit every constituent and bring happiness, comfort, relaxation and security to them.

Also, she said APC will win the presidential election to consolidate the parties achievements, hence she told the people to vote massively for APC at the forthcoming election.