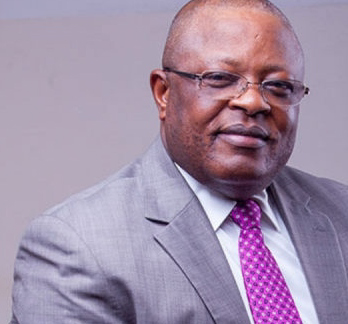 The call for Igbo presidency has become more strident in recent times. The agitation continues to receive a boost from eminent Igbos including the President General of the Igbo sociocultural group, Ohanaeze Ndigbo, Dr. John Nwodo, even as there are dissenting views from equally influential Igbos.

Nwodo said that the raging debate over power shift and the argument for competence against zoning as self-serving, and not sustainable in the face of the electoral history of the country.

He contended that it was denigrating to talk of competence as a criterion for choosing the president in 2023 when it’s the turn of the South-east to take a shot at the presidency.

“Those calling for competence as a yardstick for choosing leaders of this country rather than the agreed zoning system are not sincere to themselves. Their agitations for competency shows they do not believe in  the competence of Nigerians from the various zones of the country.

“I am confident that we have competent people in different zones of the country and the Easterners, whose turn it is to produce the next president of the country in 2023, have a lot of competent people that can rule our great country Nigeria. If the Easterners are given their rightful chance, Nigeria as a country will smile again. The restructuring we are talking about is to make state governments independent of the federal government in terms of control of natural resources in the state.

“Nigeria must develop its agricultural sector and should be able to export products out of her plenty cassava produce. The idea of importing virtually everything should be discouraged. We have cattle in abundance in Nigeria yet we still import milk, we have cassava in abundance and we still import flour. In today’s digital technology era, there are growth opportunities for agriculture, solar power and we are not exploring the opportunities around them.”

Over five decades after the end of the civil war, sectarian violence and drums of war are beating in Nigeria again with loud and worrisome echoes.

For an overarching explanation of what has gone wrong in Nigeria, a doctrine of trust is a good place to start. Trust can be defined as the expectation that other people will act in ways that are fair to you. That is what is now lost in the polity with other parts of the country refusing to respect the gentleman’s agreement reached when it came to the turn of the Igbo to produce the next president of the federal republic.

In the midst of this call for an Igbo presidency to fulfill one of the creed of the National Anthem that the nation must be a place where peace and justice should reign, the voices of some Igbo youths are calling for the breakup of the Nigerian nation.

Prominent among the proponent of this call is the Independent People of Biafra (IPOB) and the MASSOB who are strong advocates for a break away nation. However, in the map created for their new nation, these group of radicals included states like Cross Rivers, Akwa Ibom, Rivers, Bayelsa and Delta as part of their dream country. But many leading figures from these states have faulted the assumption that they could be part of the proposed Biafra, without a proper understanding of their stake in the proposed Biafra.

After nearly eight years at the helm of Africa’s biggest democracy and economy, President Muhammadu Buhari is expected to hand over the rein of power to a southerner, presumably, an Igbo man in 2023. By that time,  he would have completed his two terms of eight years. This would be in respect of the gentleman’s agreement between the north and the south; and between the two major ethnic nationalities of the south that power must rotate between north and south and between the southwest and the southeast.

This arrangement began in 1999 when the country political leadership agreed to allow for an all- Yoruba candidates in the election that ushered in the Fourth Republic in compensation and to assuage the feelings of the Yoruba people for their loss occasioned by the nullification of the June 12 election presumably won by Chief Moshood Abiola.

At the end of the eight years reign of Chief Olusegun Obasanjo, the ruling Peoples Democratic Party (PDP) and even the opposition Action Congress  of Nigeria (ACN) acceded that power must move to the north, hence both parties fielded northern candidates, an action which saw the emergence of Alhaji Umar Yar’Adua of the PDP as president.

But things soon changed following the death of Yar’Adua. His deputy,  a southern minority, Dr. Goodluck Jonathan took over to complete Yar’Adua’s tenure. But in a order to assuage the feeling of loss felt by the north and respect the gentleman’s agreement, the All Progressives Congress (APC), the successor of the ACN fielded Buhari as its candidate in 2015 and he won.

For most of the 2000s and the following five years, it seemed almost inevitable that the nation would become more integrated and borders evenless bothersome. That was the dream that the coming of the Fourth Republic represents with the people. And that was the situation until the coming of Buhari. The reality has never been more nuanced.

Today he is on the last lap of his tenure. It is at this point that things are beginning to take a new dimension as power is expected to move to the south, and more particularly, the South east which has never had a shot at the presidency.

Not original, but certainly visionary, the plan to rotate the presidency between the north and south has helped to stabilize not only the polity, but the nation from falling into crisis. No people want to be under the subjugation of another forever. This was the reason for the break up of India, Ethiopia and the Sudan, and why the former Yugoslavia broke into many nations. It is also why the Scots want to break from the United Kingdom and   the Catalans from Spain.

To escape this, Nigeria created a system for themselves – quota system, which has helped to stabilized the polity. But with the obvious abuse of the system in the last five years, the call for a breakup of the nation has become very strident.

When Mamman Daura, one of Buhari’s close allies suggested that the north would no longer respect the sacred political arrangement put in place by the nation’s leadership, he failed to realize that within the zoning formula, no party of the country can go it alone.

There is no doubt that the foremost challenge is political. Nigeria is a complex country. In the midst of these complexities, one reality is clear. No zone can go it alone when it comes to the producing the next president.
In the First Republic, it is true that the Northern Peoples Congress (NPC) was favoured by the British colonial overlords to win the prime ministership. But they never could muster a majority.

Combined, the Southwest and the Southeast along with minority groups held more seat in the federal parliament. The NPC was forced to go into alliance with NCNC to form a government. If the leadership of the Dr. Nnamdi Azikiwe led NCNC and Chief Obafemi Awolowo led Action Group (AG) had bonded together, they would have upstaged the NPC. That was the situation when the military struck.

In 1979, when the Second Re public was ushered in, no party in the country could go it all alone or unilaterally decide where power will swing. Although Alhaji Shehu Shagari won the presidency no doubt, but without the support and alliance with the Nigeria Peoples Par ty (NPP), governing Nigeria would have been difficult even though he won majority votes over Chief Awolowo. If the votes of NPP and the Unity Party of Nigeria (UPN) were added together, it was more than that of Shagari’s National Party of Nigeria (NPN).

So Shagari had no choice but to negotiate with the NPP. The NPN had to concede the Speakership of the House of Representatives to NPP’s Chief Edwin Ume-Ezeoke with four ministerial positions to have a smooth sail into government.

Before the collapse of the Second Republic, the NPN wanted to do it alone. Instead of negotiating with other ethnic nationalities, the Fulani leadership of the party chose to call the short singly; telling southern political leaders not to dare contest.

They chose to regionalism or personalize their victory, forgetting that it was a pan-Nigerian mandate. Because there was no longer a broad collision, they were forced to engage in rigging with the claim that they have won the 1983 election by a landslide.

They never survived it as the military struck bringing catastrophic consequences as demonstrated by the administration of Muhammadu Buhari, Ibrahim Babangida and Sani Abacha.

For longer than most Nigerians have been alive, the military have had influence over the polity. The third republic was decreed into existence with two par ties – the Social Democratic Party (SDP) and the National Re publican Congress (NRC) by General Ibrahim Babangida. After the June 12 election, some people were not comfortable that Chief Moshood Abiola of the SDP supposedly won that election. Perhaps they felt that the presidency is the birthright of their region. The election was annulled. They again attempted to impose their will on other Nigerians. It failed terribly.

When they tried to put a Yorubaman, Chief Ernest Shonekan into position as a puppet, it led to a devastating consequence. The bottom line of it all is that nobody can sit down somewhere and determine who will run the country and where its leadership must come from, without taking the people along.

The stormy relations within the polity has been high throughout the Buhari administration. So far, some politicians, particularly from the south and the middle belt are already looking beyond the Buhari years; even though he is yet to complete his second term.

They are not expecting any radical change in the way things are handled and the way the president sees things from a sectarian and religious point of view. Instead, they want to see how a   minority ethnic nationally will continue impose its will on the rest of the country.