I will conduct another LGA polls before my exit— Ikpeazu 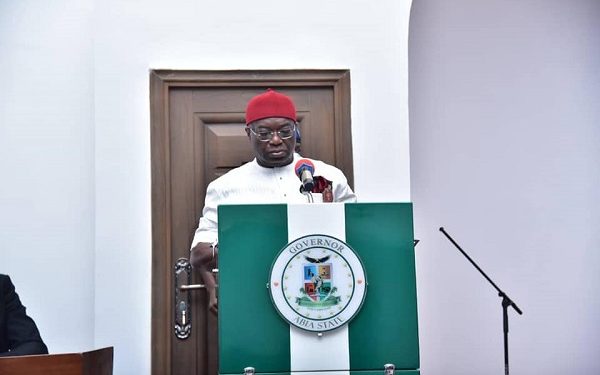 Abia State Governor, Dr Okezie Ikpeazu has indicated that LGA elections would be conducted in the State before the end of his tenure in May. Ikpeazu stated this at Abia Governor’s Lodge, Aba, while receiving immediate-past councilors in from the 17 LGAs who paid him a thank you visit. The Governor who explained that democracy has been deepened in the rural areas following his administration’s decision to conduct council elections.

He added that councilors are the closest representatives to the people and recalled how people like the former Senate President; Sir Adolphus Wabara started their political ladder by first becoming a councillor. He emphasized that his reason for conducting LGA polls was to continuously deepen development in the hinterlands.

The Governor, who expressed his joy at the thriving peace in the State, also praised God that good relationship existed between him and former Governors of the State. Earlier in their message, the former councilors led by Hon Samuel Nwachukwu appreciated Governor Okezie Ikpeazu for organizing the previous local government election which produced them as councillors.

They informed the Abia Governor that One project was sited at each electoral ward of the 17 LGAs between 2020 and 2022, acknowledging that the One Ward One project program was a brainchild of Ikpeazu.