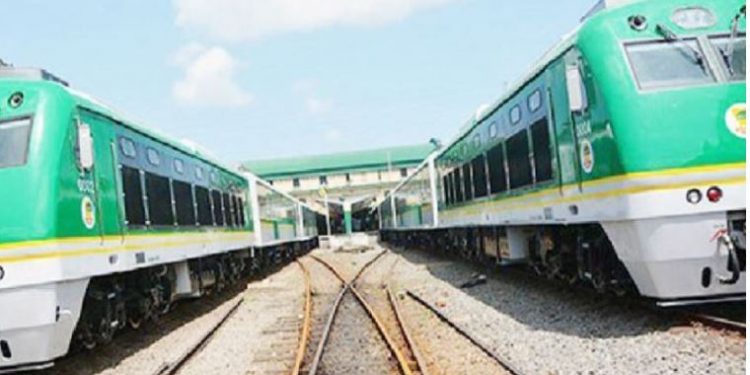 The Federal executive council (FEC) recently announced a plan by the federal government to construct a 248km trans-national rail line from Nigeria to Niger Republic. The rail project, according to the FEC statement, is expected to cost the country a whopping $1.96 billion when completed.

The rail project, which will start from Kano and head to Katsina, the home State of President Mohammadu Buhari and pass through Jigawa State. The rail line will also connect Dambatta, Kazaura, Daura (Buhari’s village) before ending at Maradei, which is in Niger Republic.

The news of the rail projects, which would be financed by public fund, especially from loans from China, hit Nigerians of South East extraction like a tornado, with concerned individuals and groups condemning the lopsidedness of the project.

But one startling shocker trailing the rail contract is the fact that the Minister of Transportation, Hon Rotimi Chibuike Amaechi sits on top of the office that award supervises and regulates the affairs of Railway sector in the country. The Managing Director of Niger Railways Corporation is Mr Hm Fidet Okhiria, from Edo State also in the South South.

It is no longer news that major projects and appointments into top offices in Nigeria have been dominated by Northerners, but this latest development further offends the sensibility of the Igbos of the South East and their brothers from the South South .

The appropriateness of a rail project to Niger Republic, when many parts of the country, especially the South Easterners who are astute in commerce, puts a big question mark on the sincerity of our leaders’ sincerity towards revival of nation’s dying economy.

This data when analysed , makes jokes of Buhari administration’s plan to sink $1.96b on Nigeria–Niger Republic rail project. It also queries the economic importance of the investment. The poor volume of trade between these two countries (Nigeria and Niger) as indicated by the NBS report were not at all, put into consideration before the project was conceptualised and approved.

Also, the African Continental free Trade Area (AFCFTA) which is expected to begin in January, 2021, is fast approaching, without any concrete policy in place to resolve the problem of border closure against some of the countries considered Nigeria’s top trade partners.

Where is Chibuike Amaechi?

During his official visit to Gregory University, Uturu, Abia State, in March, 2020, Amaechi, Nigeria’s transportation minister retorted to a question fired by a reporter with Love FM radio station, Umuahia. The Minister, who was in the school to lay the foundation stone of Gregory University’s school of transportation, cautioned the reporter (name withheld) against “asking some unfounded questions”

The female reporter had tried to know why most rail projects were being concentrated in the North West and South West, leaving out Amaechi’s South South and the South East. According to Amechi, “Please please please, stop I don’t like this type of question. The important thing you should be interested in is if the projects are being executed in Nigeria.”

Amaechi continued, “Every part of the country would be linked by rail. It is already in the master plan,” He went on to commend Prof Gregory Ibe, the founder of Gregory University for his vision in establishing the transportation institute.

But did Amaechi’s response to the female correspondent solve her worry? No! All journalists present during the Gregory University outburst (including this reporter) were shocked to the marrow by the response produced by the lion of Ubima.

Six months after, the female reporter has been proved right with her fears confirmed that the South East and of course, the minister’s South South may end up paying for a rail project to be enjoyed by the citizens of Niger Republic and their likes in sub-saharan countries.

A visit to Umuahia and Aba Railways stations, built by the colonial masters, left little to be desired. This rail line is in the Eastern Line which connects the Oil city of Port Harcourt, Rivers State, (Amaechi’s home State) with the rest of the country. It crosses Aba, to Umuahia, to Enugu and then head to Makurdi, Benue State before terminating in Jos, Plateau State.

But this Eastern line has now become a shadow of itself, overgrown with weeds after years of abandonment. The Umuahia train station, which is in the heart of the State capital, according to a senior Nigeria Railway Corporation senior staff, has the potential of generating large revenue for the transport ministry and boosting the economy of Abia State but sustained years of neglect have deprived the station and the state the opportunities including employment chances..

The senior staff who spoke under anonymity for fears of being punished, described the recent Nigeria-Niger Republic rail project as a wickedness on the South Easterners. He expressed sadness on the conditions of the rail transportation in the South East, regretting that ” if Amaechi, who is from this part of the country fails to build any project here, who do you think will do it for us? .”

He concluded by saying, all we hear is Abuja-Kaduna, Lagos-Ibadan etc. When shall we hear about PH-Enugu? the railway staff frowned. A walk around the Umuahia and Aba rail lines indicated that old train coaches dot the compounds, with some of the abandoned coaches serving as homes to the homeless and idlers.

Political scientist, Mr Chinanu Ndumele in his opinion warned that the political career of Amaechi would suffer a terrible blow in 2023 and beyond if he did not attract anything to the South East and South.

According to Ndumele, “His image is down in the ears of Igbos and even in his home people Rivers State. I expected him to take a cue from Chief Anyim Pius Anyim. Anyim is a great son of Igbo nation. Remember, he brought Julius Berger to the South East, as the President of the Senate to construct a federal road leading his home town Ishiagu. After that, God promoted him by making him the Secretary to the federal Government SGF under President Goodluck Jonathan. “But if fails to learn, his future political fortunes are not assured as far as South Easterners are concerned”.

In in an interview with a select journalist in his Onyerubi Close private residence in Umuahia ,Abia State recently, Chief Uko Nkole, the Federal House of Representatives member representing Arochukwu/Ohafia constituency, Nkole cried out that the Railways projects of the federal government have eluded the South East, especially, Abia State where he comes from.

Hon Nkole who shook his head throughout the interview lamented , ” I totally condemn the sidelining of the South East from high profile projects being executed by the Federal government.

“The railway and Ajaokuta Kano Kaduna (AKK) projects should not be designed or executed without the South East benefiting.” Hon Nkole continued, “The terrible aspects of this situation is that these projects are to be financed by public loans. What it means it that the country had secured a loan which would be paid by every Nigerian living and even those who still unborn.” ” It is dangerous to execute a project on selected site even when the repayment of the loans would be done by every Nigerian.

Common sense makes it explicitly clear that one should not pay for what he did not consume but the unfortunate thing here is that the loans would be re-paid by even generations of Igbos unborn” And the AKK project, oil is sourced from here, taken to another place without me benefiting and yet am made to pay for it. Very unfortunate,” Hon Nkole lamented.

Nkole further regretted that the every efforts made by himself and most of his colleagues from the South East in the House of Representatives to correct these anomaly were overridden by the executive arm of the federal government.

The fire from home

Governor Nyesom Wike of Rivers State, in reaction to Amaechi’s vituperation against his (Wike’s) government, described the transportation minister as a total failure in Rivers State for eight years.

Wike accused the Ubima-born minister of allegedly spending almost N70 billion on a monorail project in Port Harcourt which the former Governor allegedly abandoned. Wike said he engaged s valuer who told him that the monorail would have been completed with N30 billion. The Governor went on to insist that the distance for which Amaechi’s government in Rivers commenced the monorail project did not warrant such project, arguing that traffic situation in the Garden city was not so bad.

Wike sounded off by challenging the minister to mention his legacy project in Rivers State, which he said if proven, he (Wike) would resign as the Governor.

Can he save the day?

The days of reckoning are coming. It came for Adams of Oshiomohle recently in Edo State. But the Minister still has some periods left for him to salvage the floundering ship of his political image. This he can do by using his closeness to power to work in the interest of his people.

Belonging to bloc of the APC members with the ears of Mr President, again leaves Amaechi with no excuse to give for any failure to attract anything to his zone. If not, the Oshiomohle scenario may be a better one for him.