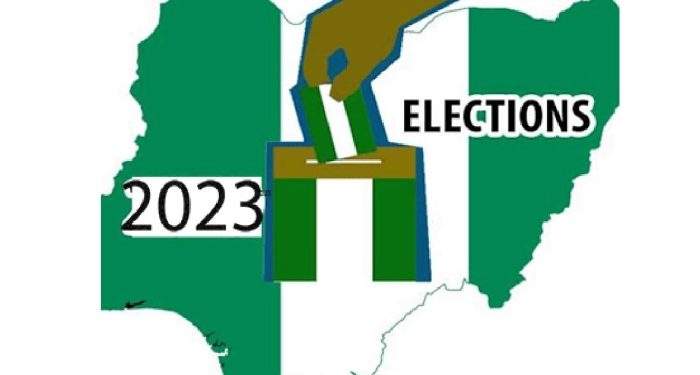 When it eventually occurred on February 23, 2019, Nigeria’s presidential election was not without suspense. North-East Nigeria, home to a counter-civilisational insurgency for over a decade, was a natural location for incidents. In 2019, it did not disappoint a country in which the things that could happen in elections often defied both logic and the laws of physics.

Geidam is a settlement about 240 kilometres East of Damaturu, the capital of Yobe State in the North-East. In 2019, the term-limited governor of the state, Ibrahim Geidam, derived his surname from the city around which he was registered to vote. On the day, however, Geidam suffered an attack from insurgents, which involved improvised explosive devices. On the same day also, less than 30 kilometres from Damaturu, in Gujba Local Government Area, the insurgents also attacked Buni Yadi, the settlement in which they destroyed a leading public high school five years earlier and massacred an unspoken number of school children.

As a result of the attacks, multiple observers on the day reported that “voting turnout appeared to be light as authorities tried to calm panicked, skeptical residents.” The attack was so serious that “Governor Geidam did not travel to his Bukarti ward near Geidam town 230 kilometres away from the state capital to cast his vote.”
When the votes were in, the national turnout in 2019 was 34.75%. It would have been much worse but for places like Geidam, Yobe State, and the states of the North-East, which recorded an average regional turnout of just under 42%.

Despite the insurgency and the attacks, Geidam helped Yobe State to muster a reported voter turnout of 42.9% in 2019, only marginally lower than the 43.9% in Adamawa, the home state of Atiku Abubakar, presidential candidate of the opposition Peoples Democratic Party, and 43.3% in Bauchi State.

The turnout in Yobe was easily higher than in its more peaceful regional neighbours: Borno, 41.2%; Gombe, 41.9%; and Taraba, 41.7%. It also compared favorably with 45.6% in 2015 and 44% in 2011. Essentially, over three cycles of elections in one decade of a deepening insurgency, the turnout in Yobe State was nearly a constant.

This data presents a conundrum for those interested in understanding the correlation between structural insecurity and the exercise of the right to vote or voter participation. Contrary to the intuition that an insurgency or an election day atrocity would dampen voter turnout, academic, Olalekan Adigun, who has analysed the historical turnout data from the Independent National Electoral Commission, since 1999, concludes that “there is a negative correlation between election-related pre-election violence and the turnouts in Nigeria.”

So, rising violence has not necessarily affected the number of votes declared by INEC in most elections. His study also shows that situational violence may, however, have been used as a mechanism of voter suppression in places or against communities that powerful incumbents believed to be unfriendly. This appeared to have occurred in 2019.

Unlike in the past, however, INEC has now acknowledged that chronic insecurity which now afflicts every geo-political zone in the country, is a major threat to the 2023 elections. The ballot will take place in 176,846 polling units spread across 8,809 electoral wards, 774 local government areas, 36 states, and the Federal Capital Territory on February 25, 2023.

It seems clear now that there are places in Nigeria where, on current evidence, the INEC is unlikely to be able to safely deploy election workers or, indeed, to organise voting.

When it suits the leaders and managers of the security sector in Nigeria, they are happy to declare that security is everyone’s responsibility. But they are usually reluctant to provide citizens with the information they need to make this responsibility count.

In connection with the 2023 elections, neither INEC nor the Inter-Agency Consultative Committee on Election Security has been willing to tell the voters who will be the ones paying with their lives in those places where insecurity may affect the elections in 2023. These are the kinds of places usually where ghosts could show up in vast numbers to vote on election day.

It is now left to citizens to figure out the lay of the land and to hold the feet of INEC to the fire if election manipulators and their enablers, many of whom inhabit the institution, are not to use insecurity as a cover for election rigging.

For this purpose, it is essential to disaggregate the country into the six geo-political zones.
In the North-West, Kano and Jigawa are, perhaps, the only states that do not have any significant exposure to insecurity serious enough to affect ballot deployment in their territories. The same cannot be said about other states in the zone. The worst affected states in the North-West are Zamfara, Kaduna, and Katsina.

In the North-East, Gombe is perhaps the only state immune from this pathology. The worst affected state is Borno. Parts of northern Adamawa and some patches in Yobe and Taraba also harbour places where it will be hard to deploy election workers safely.

In the North-Central, the worst affected state is Niger State. Even Kwara State’s borders with Niger and Kebbi are not guaranteed to be unaffected and you could potentially have a contagion effect from Niger and Kaduna affecting a rim of the Federal Capital Territory. Plateau and Nasarawa may also present some locations where it could also be unsafe to deploy election workers.

In the South-East, Enugu State may be able to see elections in every ward in the state. With some luck, Ebonyi could also, although the traditional antipathies between the Ezza and Ezillo cannot be guaranteed not to flare up enough to preclude balloting. Parts of Anambra South, Imo West, and Abia Central still harbour locations where it may be impossible to organise elections safely.

In the South-South, Rivers State could present some locations where there may be challenging deployment context for election administration.

In the week after the Islamic State of West Africa announced its presence in Ondo State in the South-West, it is possible also that some locations in the state may suffer present challenges with election deployment. If this is so, then Kogi State in the North-Central which shares a border with Ondo may not be entirely off the radar because it is also known to be host to an active ISWAP cell.

In summary, in somewhere between 18 to 20 states of Nigeria, there are likely to be locations where it will be impossible for voting to occur safely in 2023.

It may be difficult at present to list every community likely to be affected or provide a total number of wards to be affected but anyone who has minimally tracked the metastasis of the violence in Nigeria would be able to predict or identify many of these locations with minimal difficulty. On a very rough calculation, affected communities in these three states could be above 50. From Zamfara, Kaduna and Katsina, we could be looking at multiples of that number.

The major parties know this. INEC does. And the security services certainly do. For different reasons, they are unwilling to confide in the citizens. The leading parties are hoping that they can profit from a harvest of ghost voters from insecure places. INEC’s public position is that it relies on the guidance of the security services, for whom election-related security operations, however, guarantee money even if they cannot deliver safety for the ordinary Nigerian.

Amidst this pursuit of narrow institutional interests, no one is willing to tell the Nigerian voter and election worker the truth in detail about what they need for the 2023 elections. For their part, civil society has focused for so long on Permanent Voter Cards, they missed the plot on how insecurity can frustrate the PVCs and determine the elections.

One thing is clear though: Nigeria’s 2023 elections could well be decided in places where it may be impossible for any human being to vote. To prevent this, we must insist that INEC discloses all those places fully ahead of balloting so that everyone can verify that there will be no results from any such place.

Pawan Kalyan: Jana Sena to Challenge in All Andhra Constituencies?