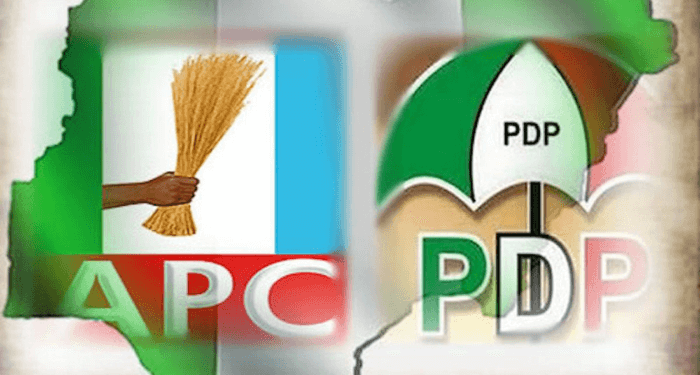 The People’s Democratic Party (PDP), Ebonyi State chapter has alleged plot by the All Progressive Congress (APC) to implicate some of its leaders in the State and arrest them.

Addressing the media in Abakaliki, the Chairman of the Party, Tochukwu Okorie said the APC’s sole aim is to arrest and dent the hard-earned image of the opposition party members, especially as the 2023 general elections approach.

He said “We have it in good authority that on 10th of February 2022, Ebonyi State government called a meeting in which the attendees were essentially the leaders of Ebubeagu militia that operate in the state.

There was a follow-up and this meeting was called to address the nagging issue of security in Ebonyi State.
“The Peoples Democratic Party, PDP Ebonyi State chapter has raised an alarm following the incessant incidents of brutality and killings attributed to Ebubeagu Security operatives.

“Following the alarm we raised, a number of persons have gone to court to challenge the legality or otherwise of the law that set up Ebubeagu and other matters. It is consequent upon those developments, that the said meeting was called.

“And in that meeting, they came out with a resolution, that going forward, the only way to stop the PDP and the opposition in the state from further challenging the brutality that Ebubeagu releases on the citizens of the state is to begin to implicate leaders of Peoples Democratic Party, PDP and other stakeholders who are in opposition parties in crimes and phantom situations in other to demoralize and whittle the popularity and influence that the PDP has commanded in the state” he stated.

Okorie, however, vowed that his party will not fold its arm and watch the ruling APC in the state blackmail, intimidate and attack its members warning that, henceforth, it will match APC word for word and action for action.

But in a swift reaction, the Publicity Secretary of the ruling All Progressive Congress in the state, Ogbuatu Simbad Chidi said that the PDP was crying wolf because Governor David Umahi dumped them and defected to the ruling All Progressives Congress, APC. He said the governor is busy completing the massive projects his administration embarked upon and has no time to respond to the ranting of the PDP.