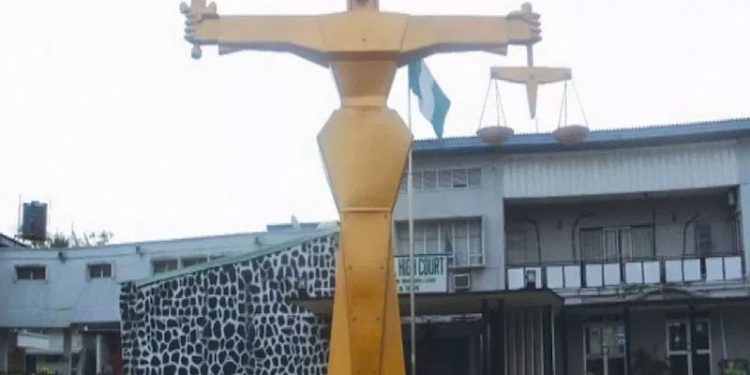 A High Court sitting in Owerri, has struck a suit seeking the nullification of Imo PDP State congress which ushered in executives of the party at all levels, including Charles Ugwu as State party Chairman and others as members of the state executives of the party.
The suit was filed by Patrick Agukwe and two others vs PDP and 17 others in suit No HOW 220/2020.

Delivering his ruling, Hon. Justice E. F. Njemanze, held that the suit of the Plaintiffs hinged on the allegation that they and their supporters were denied access to buy nomination forms to participate in the PDP Ward Congresses held in Mach, 14th 2020 as it affects Oru East, Orlu and Orsu Federal Constituencies.
The Court held that the grievances of the Plaintiffs were intra-party matters which the Court has no powers to delve into. The learned Jurist ruled that the Courts have decided in plethora of cases held that the Courts have no business adjudicating on matters relating to the internal management and leadership of a political party unless where a Party goes against its own constitution.

The Court held that in the instant case, the Plaintiffs did not show from their Statement of Claim that there was any serious breach of the PDP Constitution in the Conduct of the Congresses, rather they were disputing matters within the purview of the party to decide and determine.
Citing various provisions of the PDP Constitution, the Court found that the Constitution provided adequate remedies for any member who is aggrieved by the decision or action of any level of the party to appeal to the upper level of the party.

The Court also cited the provisions of the PDP Constitution that states that parties must exhaust the internal mechanisms for dispute resolution before seeking remedies in our regular Courts. The Court found that there was no where in the affidavit of the Plaintiffs where they adduced even the minutest evidence that they complied with the provisions of their own party constitution.