Confusion at grassroots over ‘mega party’ 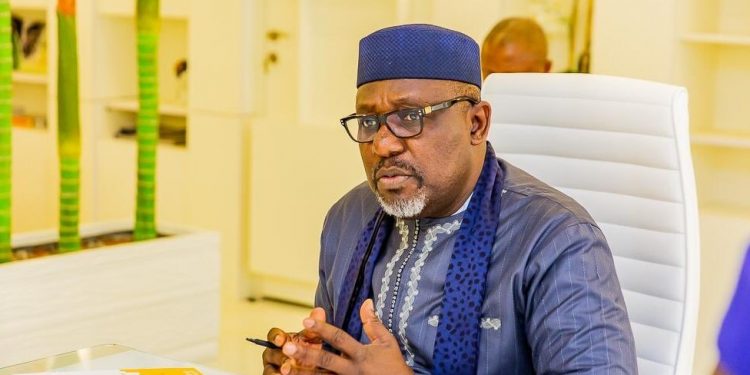 Following the recent confirmation of plans to float a mega party ahead of the 2023 general elections by Senator Rochas Okorocha, some members of the two leading political parties at the grassroots and loyalists of some political leaders who may join the new movement have expressed concern over their loyalty, according to reports.

There has been confusion at the grassroots, especially in the Southeast zone since January, 2021, as a result of Senator Rochas Okorocha’s public confirmation of plans to float a mega party ahead of the 2023 General Elections.
Okorocha, a former governor of Imo State and Senator representing Imo West, who spoke when the Rivers State Governor, Nyesom Wike, led him to inaugurate the Umuche/Rumuakunde/Ohana Awuse Link Road in Emohua Local Government Area, said time has come for politicians of like minds to come together in a new political platform.

He said: “In this dispensation, there are many bad people in APC, many bad people in PDP.
“I think the good people of APC and good people of PDP must come together for the purpose of making Nigeria great. I could imagine where I would join forces with Wike.
“Governor Wike, this is my hand of friendship. Let us bring all like minds, all great people of Nigeria.
“Rather than complaining, let us come together to make this country greater as it should be.”
Explaining further, he said: “What brought me here today is not a party it is instead love and friendship. I am not PDP, I am APC.
“But the time has come when we must break the jinx of party division and begin to embrace brotherhood and friendship and be able to state what is good and what is bad. A bad man is a bad man, even if he is PDP or APC.”

Responding, Governor Wike said bringing Senator Rochas Okorocha, a member of the APC, to inaugurate the road project did not mean he was fraternising with the opposition party. He was quoted as saying; “But let me tell you what you may not understand. I don’t believe that you must only have friends in your own party. You must have to build relationships across boards but that does not mean that you’ll sell your party.
“Senator Okorocha has been my friend since I was Deputy National President of ALGON down to when I became the President of ALGON.
“He was a member of the PDP. He left us and said they were going to make Nigeria great.

“He is still there, I believe that in these two years that they have, they’ll make us to be that great. But as at today, we are not great.”
Since that eventful encounter, Okorocha’s declarations have generated speculation across the country that all is set for the emergence of a mega party to contest against the ruling All Progressives Congress (APC) and the main opposition, the Peoples Democratic Party (PDP) in the 2023 presidential elections.
Cautioning against the idea of forming a new mega party in a hurry, the National Publicity Secretary of the Peoples Democratic Party (PDP), Kola Ologbondiyan, advised Okorocha to, instead, join the PDP. He told newsmen: “The APC was a hurried arrangement.

It was hurriedly formed to take power when the then government was drifting. APC would have been better until people who were not members of the party; people who came for congratulatory message, hijacked the party and became lords.” Aside Ologbondiyan, other Nigerians, including political observers have expressed doubts that there is any serious move to form a major national mega party. Dr. Nkemdirim Ugwu, a political research scholar, in his reaction said “apart from the Southeast and perhaps the South-south, it is doubtful if there is any seriousness in the Okorocha’s alleged mega party.”

Such reactions to the idea of a mega party at a time like this notwithstanding, investigation in the South East shows that many political leaders are believed to have joined the new move while still pretending to be in their political parties.
While this may not have been confirmed, it seems certain that some top politicians may have been approached. Already, names of some political leaders alleged to have been approached to join the new political party include, but not limited to Governors Aminu Tambuwal of Sokoto State, Willie Obiano of Anambra State, Badaru Abubakar of Jigawa State and former House of Representatives Speaker Dimeji Bankole.

Confusion at the grassroots
Although no top politician from the Southeast geo-political zone, aside Senator Rochas Okorocha, has been linked, formally with the envisaged mega party, sources said names are already being bandied across the zone, leading to serious confusion at the grassroots.
Dr. Ugwu expressed the situation when he said: “In Southeast states like Anambra, Ebonyi and of course Imo, where very important politicians are rumoured to have left their political parties for the mega party in preparation for 2023 elections and beyond, some of the loyalists of the said political leaders are confused as they no longer know who to be loyal to. There is a particular senator in my state said to be part of the new movement, but most of his leading lieutenants are still in his political party and are being groomed to run for important positions on the platform of the party. In this instance, the supporters at the grassroots are confused; they are no longer sure whether they would follow the senator or his lieutenants when the chips are down.

“One of them particularly confided that even if the senator actually leaves the party as is being rumoured, he will remain with the party and support the senator’s political son who is believed will not defect to any party in the near future. This is the kind of confusion we see here today,” he said.
A source in Port-Harcourt who is one of the close associates of Governor Wike, said he prays the governor remains in PDP. “If however he decides to leave the PDP for the so-called mega party, I don’t think I will be willing to take such a gamble at a time like this,” the source who pleaded not to be named said.

He explained: “I believe in the capacity of our leader here, Governor Wike and I have paid my dues in the PDP in Rivers State. So, my prayer is that we all remain in PDP. But if because of this Senator Okorocha’s so-called mega party, the leader decides to leave the party, I am not sure I will follow him. I will rather plead with the governor to persuade people like Okorocha to join the PDP instead. Together, we will win this political battle. I see this talk about a mega party as a source of confusion. It will destroy PDP’s chances instead of helping our course. Already, our people in the grassroots are worried and may not know how to respond if the mega party actually comes on stream and if some known leaders leave some of their associates to join the mega party.”