APC to Ikpeazu: Stop ruling Abia like your hamlet 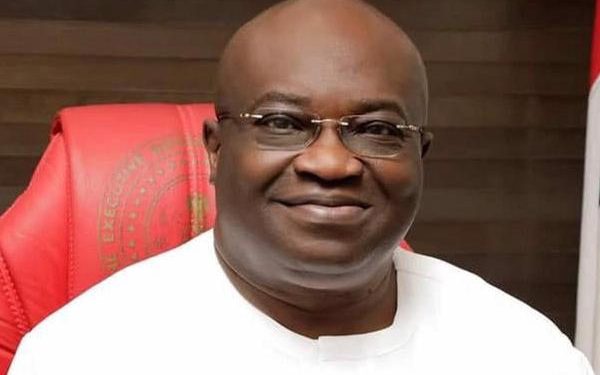 Abia State Chapter of the All Progressives Congress (APC) has blasted Governor Okezie Ikpeazu for administering the affairs of the state with quasi-executive council.
APC said that it is unacceptable that Ikpeazu after sacking about 23 commissioners since January has continued to run the affairs of the state as though it were a mere hamlet or a social club.

In a statement on Tuesday by Abia, APC Publicity Secretary, Comrade Benedict Godson, the party urged Ikpeazu to realize that Abia is not his personal property where he owes nobody any explanations.

“As Nigerian citizens, as Abians, as a party and as humans, we want to use this medium to remind Governor Okezie Ikpeazu that it is now four months since he started running Abia affairs without Commissioners. “Everyone in Nigeria is aware that Governor Ikpeazu, dissolved Abia State Executive Council in January 2021, retaining only the Attorney General and Commissioner for Justice, Commissioner for Information and the Commissioner for Health.

“This decision of the Governor to dissolve the Executive Council retaining only three Commissioners was widely reported. It actually means that about 23 Commissioners were removed making such positions vacant since January. “How can this be? Majority of them are meant to execute all what’s approved for their ministries in the 2021 Budget. They made inputs on how those ministries will be run this year, why are we derailing from how government should operate?

APC stressed that the most embarrassing part of the whole commissioners saga in Abia is that Ikpeazu on several occasions has been referring to some of the people he sacked as Commissioners even when he never made any official announcement for their reinstatement. “The most embarrassing of all these drama is that the Governor still goes about referring to some of the people he never announced that he retained as Commissioners. “If the previous Commissioners are people of questionable characters, are there no other qualified Abians you can replace them with?

“Why is Governor Ikpeazu finding it difficult to replace them? What’s holding him? Is four months not enough? Is there something happening behind that Abians need to know? Governor Ikpeazu please tell us? “Yes, as a Governor he has right to remove any of his employees, but courtesy demands that he administer Abia as a state not a Social Club where he owes nobody any explanations.”