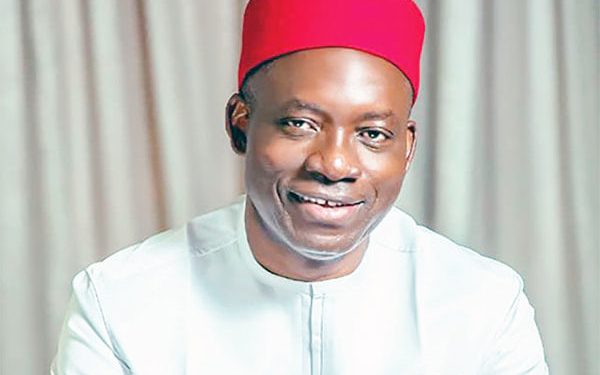 The erstwhile Central Bank governor, Professor Chukwuma Charles Soludo has been described as representing the Igbo spirit because of his determination to succeed, despite all odds.
In a message to mark Prof. Soludo’s 61st birthday, Governor Willie Obiano said that Soludo has achieved so much despite losing his mother at the callow age of eight and having a father who was a mere driver in a local company.

“This a typical Igbo story: a determination to not only succeed but also excel in different endeavors”, declared the governor in a statement given to journalists in Awka by the state Commissioner for Information and Public Enlightenment, C. Don Adinuba.

On account of sheer brilliance, hard work and God’s grace, said the governor, Soludo became Nigeria’s most successful and revolutionary CBN governor, a full economics professor at 38 and author of several books, articles and conference papers across the globe.

Chief Obiano spoke at a low-key but impressive birthday ceremony for the former CBN governor at his Aguleri residence which had in attendance such persons as the Speaker of the Anambra State House of Assembly, The Hon. Chief Uche Okafor; Professor Soludo’s running mate on the APGA platform in the November 6 gubernatorial election in the state, Dr. Onyeka Ibezim; the chairman of the House of Assembly Committee on Budget, The Hon. Obinna Emenaka, among others.

According to Chief Obiano: “For someone who attended a primary school in Isuofia, then a rustic town without basic amenities and later high school in Uga, both in Aguata Local Government Area, it is an achievement of great proportions that he became the only African thinker and scholar chosen as a member of the United Nations Panel of Experts to Review the Global Financial System in the wake of the 2008 global recession”.

Chief Obiano remarked that Professor Sokudo remains very humble in spite of his international achievements, recalling how he served as the returning officer at his village development union election after being the CBN governor.

Commercializing the church: Derailing from Christ’s vision on evangelization

Taking our health in our hands

Taking our health in our hands