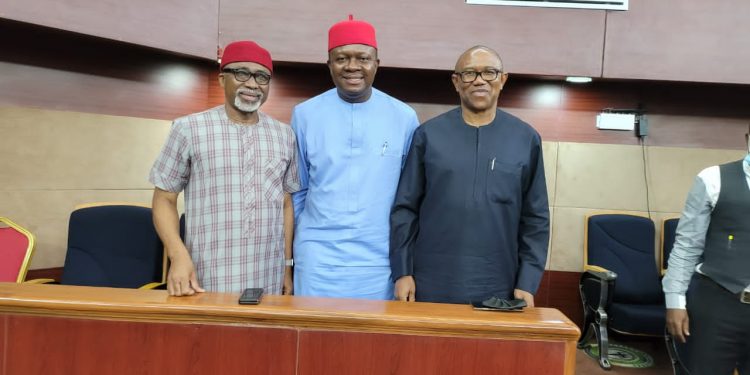 The candidate of the Peoples Democratic Party (PDP), Mr. Valentine Ozigbo has secured another victory as the Supreme Court declares him the authentic candidate of the party for the November 6 governorship election in Anambra state.

The apex court, in a judgement delivered at the Supreme Court Complex in Abuja on Thursday, threw out all the challenges to Ozigbo’s candidacy and awarded a damage of N5 million against “meddlesome interloper” Senator Ugochukwu Uba.

The panel of justices, led by His Lordship, Justice Inyang Okoro affirmed the decision of the Court of Appeal Awka Division delivered on September 3 which declared him the authentic governorship candidate of the PDP.

Ozigbo was present at the Supreme Court along with former Governor of Anambra, Mr. Peter Obi and Senate Minority Leader, Senator Enyinnaya Abaribe. The political heavyweight and the team of lawyers who handled the case addressed the press at the court.

The victory was made known to Newsmen in Awka, on Thursday, by the Ozigbo media aide, Aziza John Uko.

#ENDSARS: How Buhari has emboldened police to keep on extorting Nigerians