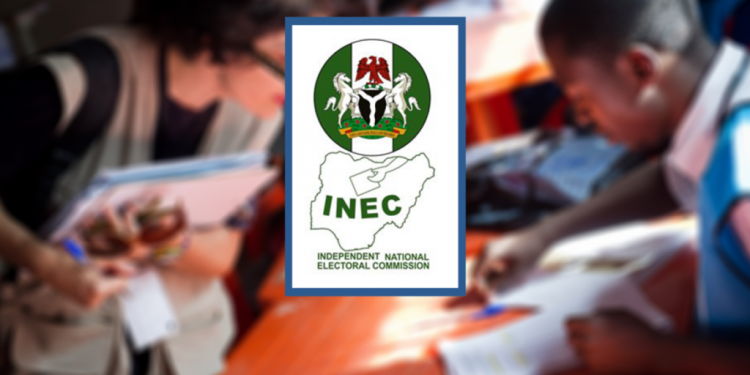 The Chairman of the Independent National Electoral Commission (INEC), Mahmood Yakubu has said that the Commission will address the challenges experienced with its new technology during last Saturday’s by-election in Delta State before the Anambra governorship election.

Yakubu disclosed this at the commission’s meeting to welcome its three new national commissioners and to swear-in a Resident Electoral Commissioner (REC) at its headquarters in Abuja on Wednesday.
INEC deployed the new technology, Bimodal Voter Accreditation System (BVAS), at the Isoko South 1 State Constituency bye-election in Delta State held on Saturday.

Yakubu said that while the result of the new technology piloted in the 84 polling units was very encouraging, there were few challenges that would be addressed before the 6 November Anambra governorship election.
He recalled that the commission made history on August 8, by successfully conducting the first election in the context of the COVID-19 pandemic in the Nasarawa Central State Constituency by-election. He stated that in that election, INEC also piloted the first real-time uploading of polling unit results to the INEC Result Viewing Portal (IReV).

He added that since then, results of 26 more elections had been uploaded to the portal.“Only last weekend, we piloted yet another innovation in the Isoko South 1 state constituency bye-election in Delta.
“We introduced the BVAS for efficient human recognition through a biometric verification mechanism, using both fingerprint and facial recognition of voters.

“The result of the pilot in the 84 polling units was very encouraging indeed. It took an average of just one minute for the device to correctly locate the voter in the system and another two minutes to authenticate a voter. “In terms of the ruggedness of the device and its battery life, no single BVAS was replaced due to discharge of battery throughout the voting period.

“Most importantly, the device was able to guarantee the credibility of voter accreditation by preventing the incidents of multiple voting or the use of stolen PVCs to vote.